Yesterday I was offline all day, so it was great opportunity for all observers to fill my inbox with recoveries :)

It was one of the best days for recoveries.

On Monday Marko Šćiban sent me an e-mail that he saw  BHG with white ring and one with red ring but he was unable to read them with binoculars or from photos.

So he decided to visit the place with scope and results are 6 of our BHGs white ring read  :) plus 3 Hungarian red rings. Great job!
Funny thing is that the one mentioned few lines before as new for Hungary (S408 ringed January 14 2007 on Jakuševec, seen on February 17 2011 in Mohács, Hungary) was one of the BHGs Marko seen. 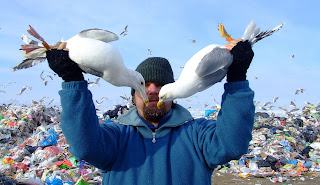 seen by Adriano Talamelli on January 10th 2011 on Dump of Tavullia,Pesaro, Italy. 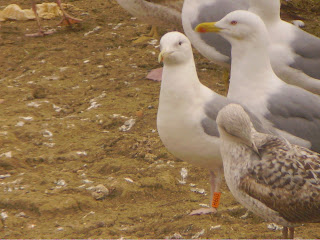 and was seen by Damian Wiehle on February 28th 2011 in Krakow, Vistula river, Poland. 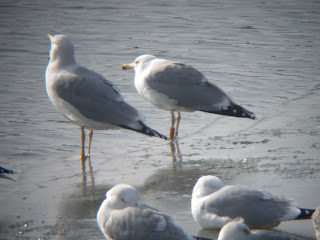