Today we finally managed to try the cannon nets :)

In last two months I've been collecting parts of this cannon net set that was bought in the 2006 and never been used before.. After getting all the stuff we tought we need( later we'll find out that we need some more parts) and managing to coordinate our schedules with weather conditions we finaly went shooting today:)

We got this aproximetlly 8x15 m net. First we tried to shoot the longer side and used 1g of black powder in each cannon. The resault is here:

There were 3 problems with this attempt: too big angle,not enough black powder and one side of the net got knotty :)


Here we used 2 grams in each cannon and smaller angle... better.. Then we decided to try firing shorter side:

I can't upload video right now, I'll try later..
Again 2grams but the middle of the net got stucked :(.. but the angle is good:)  Let's try 3grams with this angle

3 grams, better ... this time we caught all wader models:) still the middle is not following the edges...

We'll need to put longer rope on the edges so that we give more time for middle to stretch.. We'll try that next week.. Any other suggestions?
Funny thing is that these cannons are not loud at all. Cars in the video are much further from the camera than the net..
Objavio Luka at 08:15 No comments: 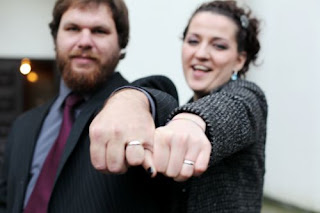 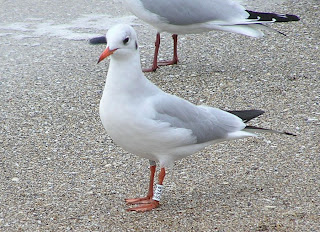 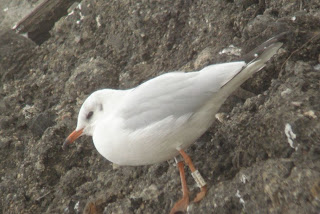 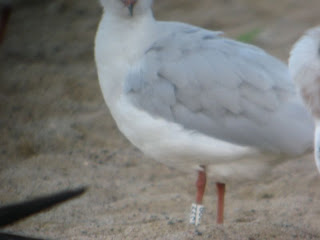 
In last few weeks I also got some recoveries of BHGs ringed last winter in Hungary..

Untill now I have more than 12% of BHGs ringed last winter found somewhere and think it's very nice percentage :)

On Friday will try our cannon net and if everything go well there'll be lot's of new ringed gulls this winter :)
Objavio Luka at 01:43 3 comments: