Common Terns around the Croatia


During last 10 days we went to ring 3 Tern colonies. First one was on Island of Mljet where there is one pair breeding for more than 10 years.. This pair hatched 3 chicks this year :) I put the metal rings on when I was ringing YLGs but their legs were to small to put colour ring. I was hoping that the chicks  will not be able to fly yet when we come . When we approached the islet two parents were flying and yelling at us.. good sign.. Then two young birds started flying :( So there is one more somewhere. We got to the islet and found it :D I think it could fly but didn't know that yet :) So I colour ringed my first Common Tern :) 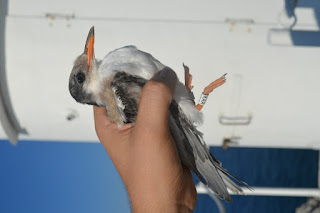 On our way to the Mljet we stopped at Neretva delta to check if there 's anything interesting there.. Unfortunately there were just those damn kite surfers :( I don't know how they get permits to do that in ornithological reserve but that's the way  things go here..

Few days after we went to Drava river  to ring some Tern chicks. When we came to the spot we saw the river was very high and there were no Terns in the air.. It didn't looked good at all...
when we crossed the river we only found 2 Little ringed plover chicks, few LRP nests many Terns nests with cold eggs.. Something bad happened here :(
Photos by Luka Šupraha.. Thanx! 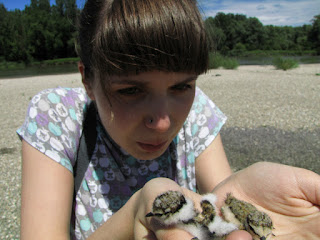 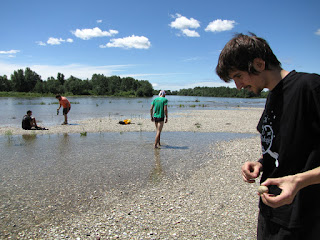 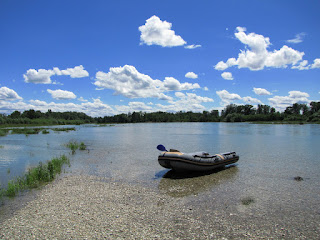 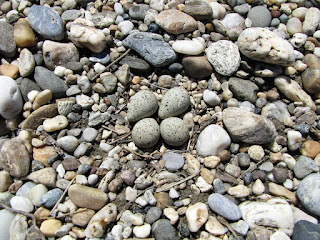 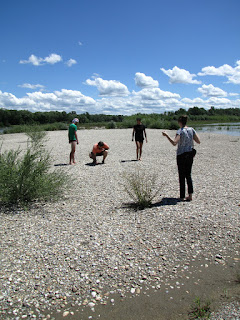 We went to the Blato colony near Zagreb. I checked this colony 2 or 3 weeks ago and there was no colony on the island it was last year because it had lots of grass on it (we'll have to cut it before next season). But there were two much smaller islets with some  pairs breeding..
When we came yesterday the water was some 15 cm higher then last time we checked and I tought that the breeding season was a disaster :( We went to see if there are any chicks and to our surprise we managed to ring 59 chicks :))  Most of them were big enough for colour ring..

In conclusion  keep your eyes open for Common Terns with white rings starting with K! I know that some other guys colour ringed few Terns in the Northern Adriatic also. I hope we'll get some recoveries this year .. South Africa maybe :)

Lorena, Zec and I were in Poreč Last week from Monday to Wednesday. On Monday we just checked the tip to see if there are any gulls and where will we place the net on Tuesday.. It looked very promising :) 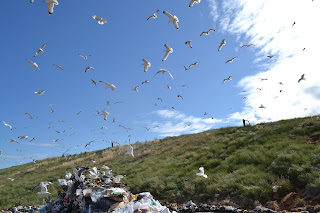 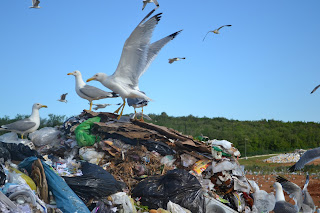 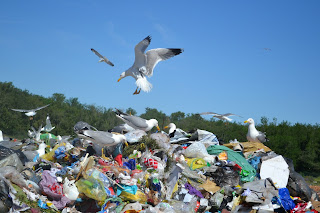 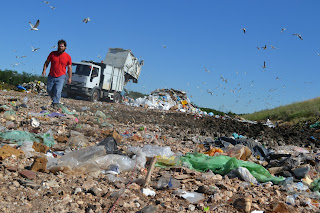 On Tuesday we came to the tip at 8 30. Quick set of a small net and were ready to go. During waiting for Compacter driver to come I managed to take a photo of this 13 year old teenager that hatched few kilometers from the tip.This photo was taken with 55mm lens :) 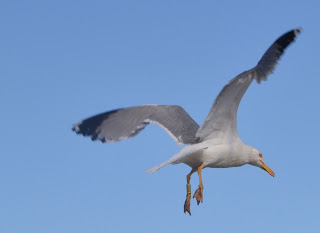 After some hour the compactor driver compacted the rubbish in front of the net and we had our first catch of 29 birds.

Fast processing and reset and there were already new trucks and lots of gulls waiting to be caught. Compacter driver did great job at soon there were millions of gulls in front of the net. I took a shoot on first time Zec shouted "Safe" :) Unfortunately, wind slowed the net and we only had 14 birds in the net :(   Between them there was one ringed as pullus in colony near by in 2004 :)

Here is a link to that second catch

Here are some photos of different ages of YLG . 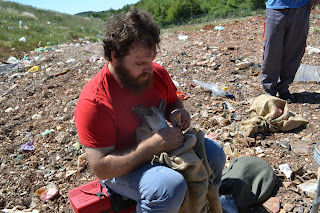 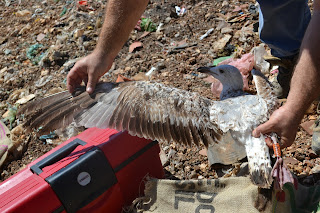 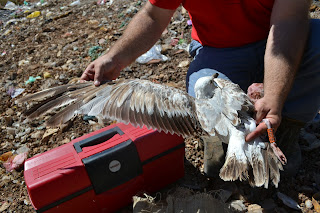 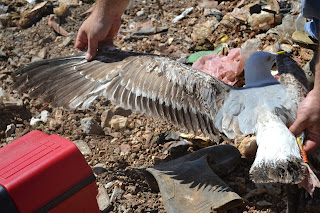 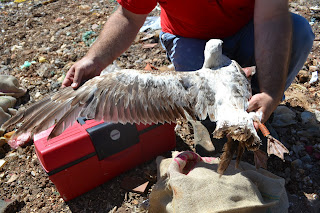 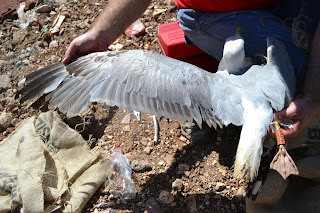 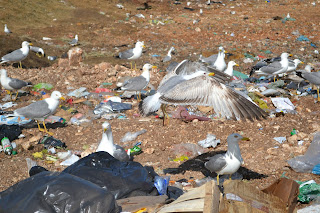 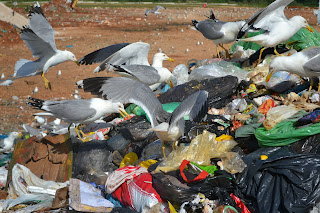 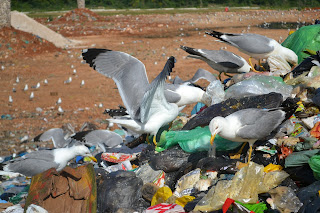 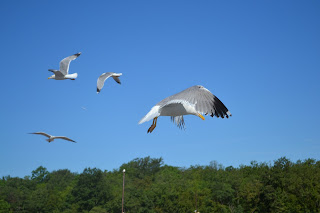 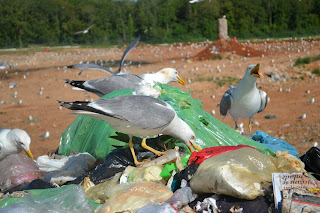 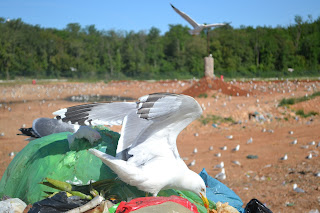 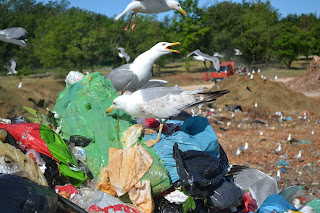 Wednesday we went to ring YLG pulli on one of the colonies on a small island of Frzital. As we couldn't find a transport to the islet we rented one of these : 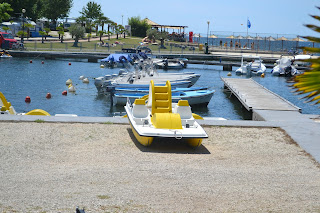 It was not a good day as the colony is often visited by tourists and gulls put their nest deep in the bush so theye're not that easy to get to..Plus good number of "pulli" were flaying allready.. 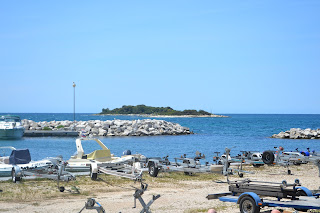 All in all not that bad trip but I must come with bigger team and bigger net and do the real job on Poreč tip:)