After problems with car ( I pour wrong type of gasoline) we managed to get to Šoderica at noon.. The lake was frozen and the swans were hungry:)

We managed to catch 15 swans. One of then had Italian neck collar. It was not well glued so we add some glue. That swan didn't have any metal ring so we put croatian.. 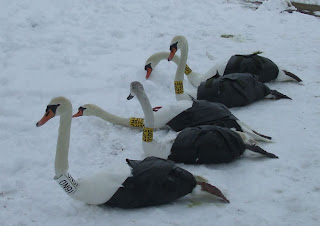 On our way back we went to Donja Dubrava & Varaždin were we caught all together 16 more swans..

All in all very nice day with 31 swans ringed and more then 50 different rings read:)

What seemed to be a perfect day at my dump ended up with 6 hours of waiting and no gulls in the trap area!

It was -9C and it was really chilly but gulls were very careful and didn't spent much time at the dump. Like they ate enough yesterday when the temperature was few degrees above zero.. 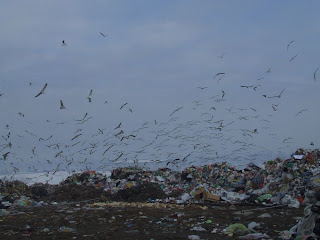 Rings are rolled for Sunday

According to weather forecast it should be snowing in Zagreb until -saturday and onSunday it should be -10C .. 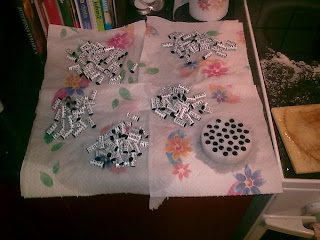 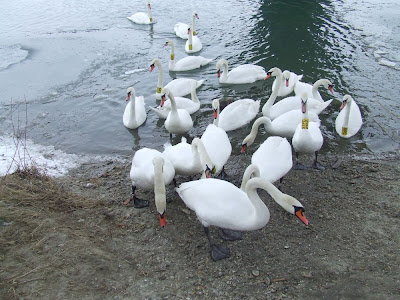 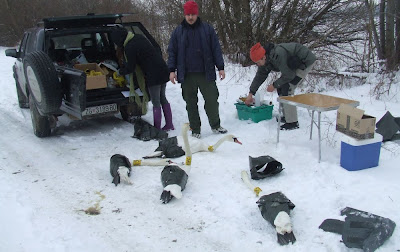 Swan jackets makes your life much easier if you want to ring more swans:) Thanx Kane!

Here are some of the recoveries we had today: 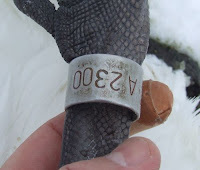 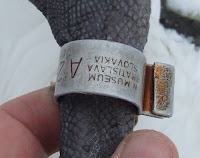 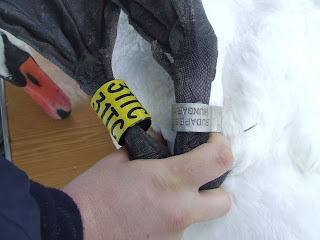 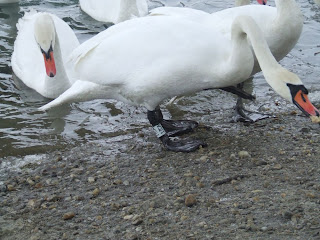 this last one you can also see here it's very old Hungarian ring(more than 10 years). Metal ring was blank. We caught it and replaced metal ring with Croatian one. Originally this ring was yellow(?). 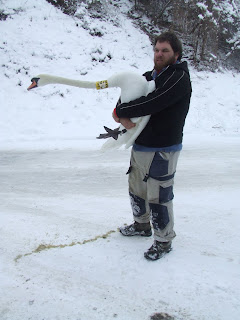 This must be THE biggest Mute Swan I ever ringed:)
Just got data from Eddie Fritze who "read" the blank ring from this huge swan. It's Croatian ring and the bird was ringed  by Andrija Lesinger in a few km radius on 22/12/1998. I think it's the oldest Swan wearing croatian ring:) Now he has new ring and collar and can produce many more recoveries:)
Objavio Luka at 12:58 No comments:

Yesterday we had a great catch on Jakusevec rubbish dump:)
We ringed 110 BHGs, 6 YLG, 2 Common Gulls and (Croatia's first ever ringed) Herring Gull. 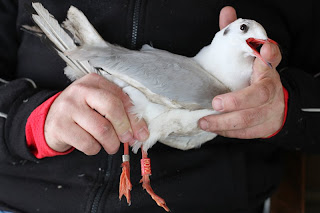 BHG with Hungarian ring that we caught yesterday. Beside it we had one with BRATISLAVA ring( I got recovery data for this one. It was ringed as pull in Piestany on 31/5/2004). 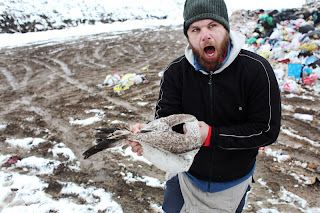 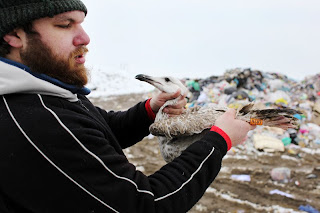 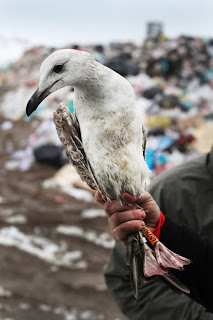 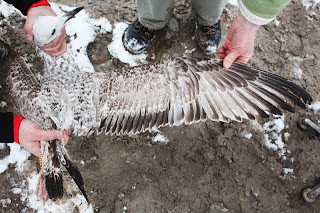 This is the first HG ringed in Croatia, and as we don't have any experience with it in hand we'd like to have someone comment on it. According to some people this should be one of the northern birds..
Measurements:  bill: 57,7; bill depth at base: 20,1; bill depth at gonys: 19,6 and tarsus 75,0.. 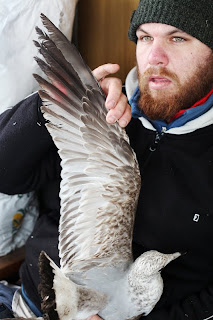 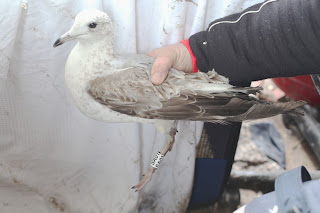 This one is more confusing for me. It's Common Gull, but what ssp?
When I got it in my hands it was much bigger than other Common Gulls I ringed.
Measurments:  bill: 36,0; bill depth at base: 11,6; bill depth at gonys: 10,7 and tarsus 59,3..
henei? Everything fits except tarsus which is too big...
Comments?

I'd like to thank Tea Gabud for these  photos.
Objavio Luka at 22:56 No comments: 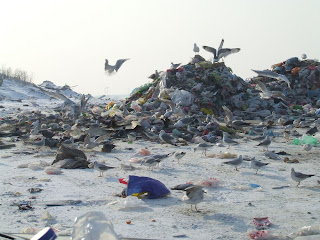 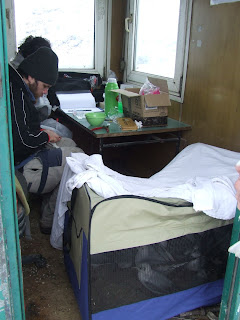 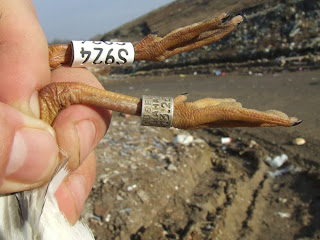 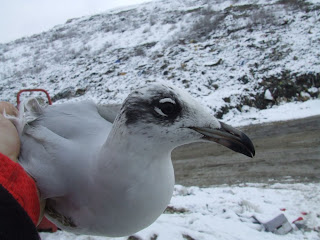 Crnoglavi galeb, meni prvi ringani, a i inače jako rijedak u kontinentalnom dijelu Hrvatske zimi.
Mediterranean Gull, the very first one I ever ringed, but also a rare visitor in continental parts of Croatia in winter 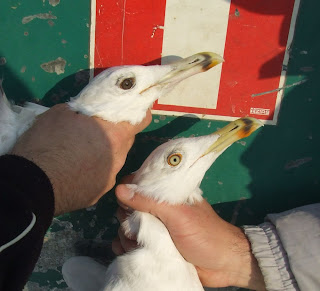 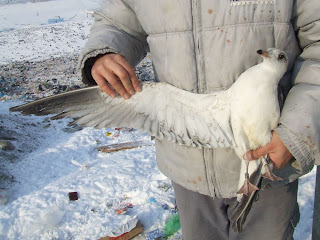 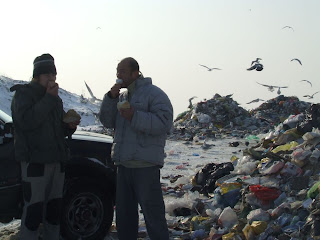 "Da vidimo jel ćemu ovo što galebovi jedu" Duje i Vedran probavaju parizer koji stavljamo galebovima kao mamac. U pozadini se vidi zamka i  galebovi.
" Let's see if this food we're putting to attract gulls is any good" Duje and Vedran are eating the salami that we use to feed the gulls. You can see trap and the gulls in the background.
Objavio Luka at 10:29 No comments: