Today Niko and I went on Jakuševec to read some rings:)
We ment to catch gulls tommorrow but there will be lts of snow and I really don't have anywhere to dry the sacks and net..
We managed to read more than 70 rings in less than 2 hours:)

Here are photos of some of them: 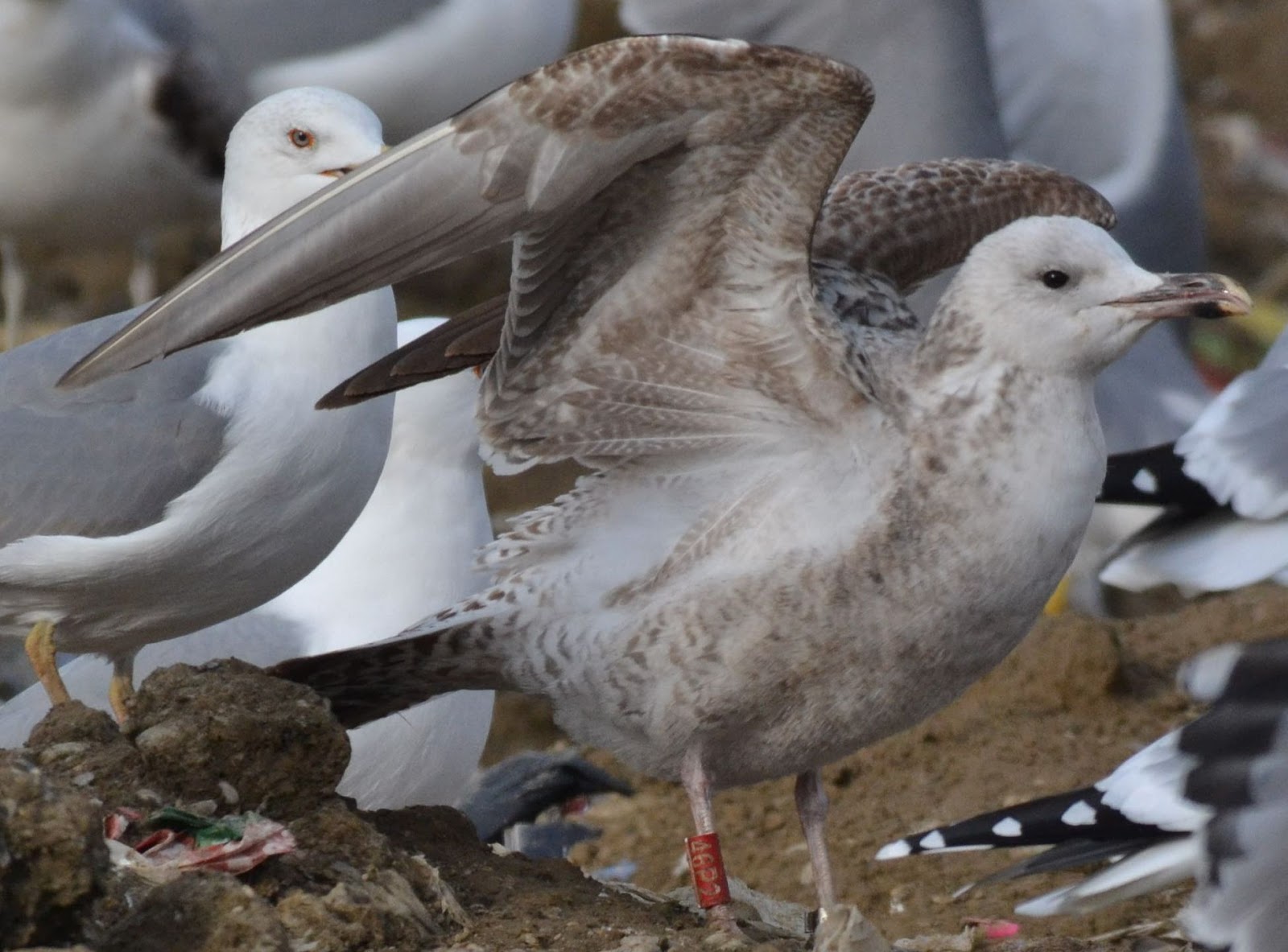 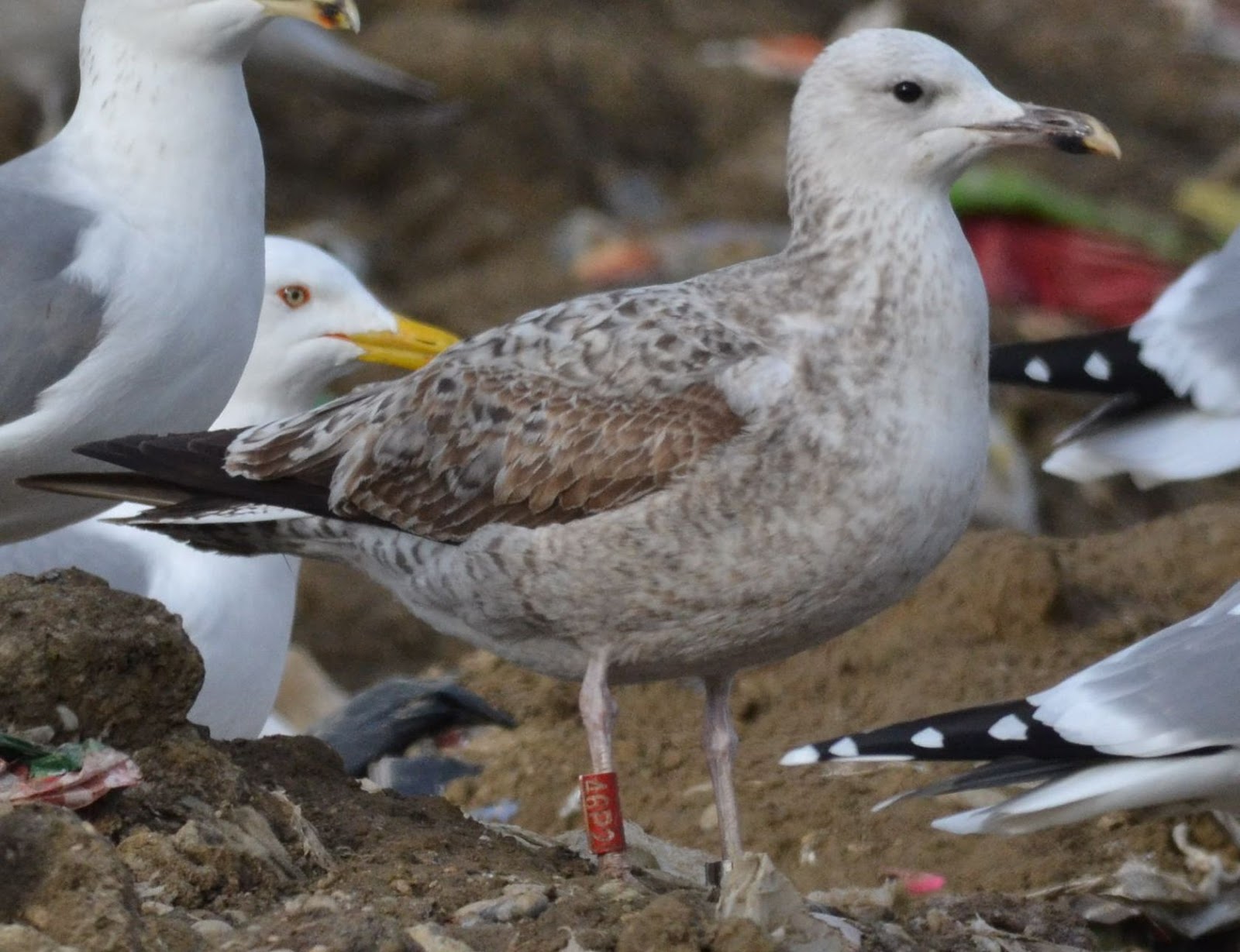 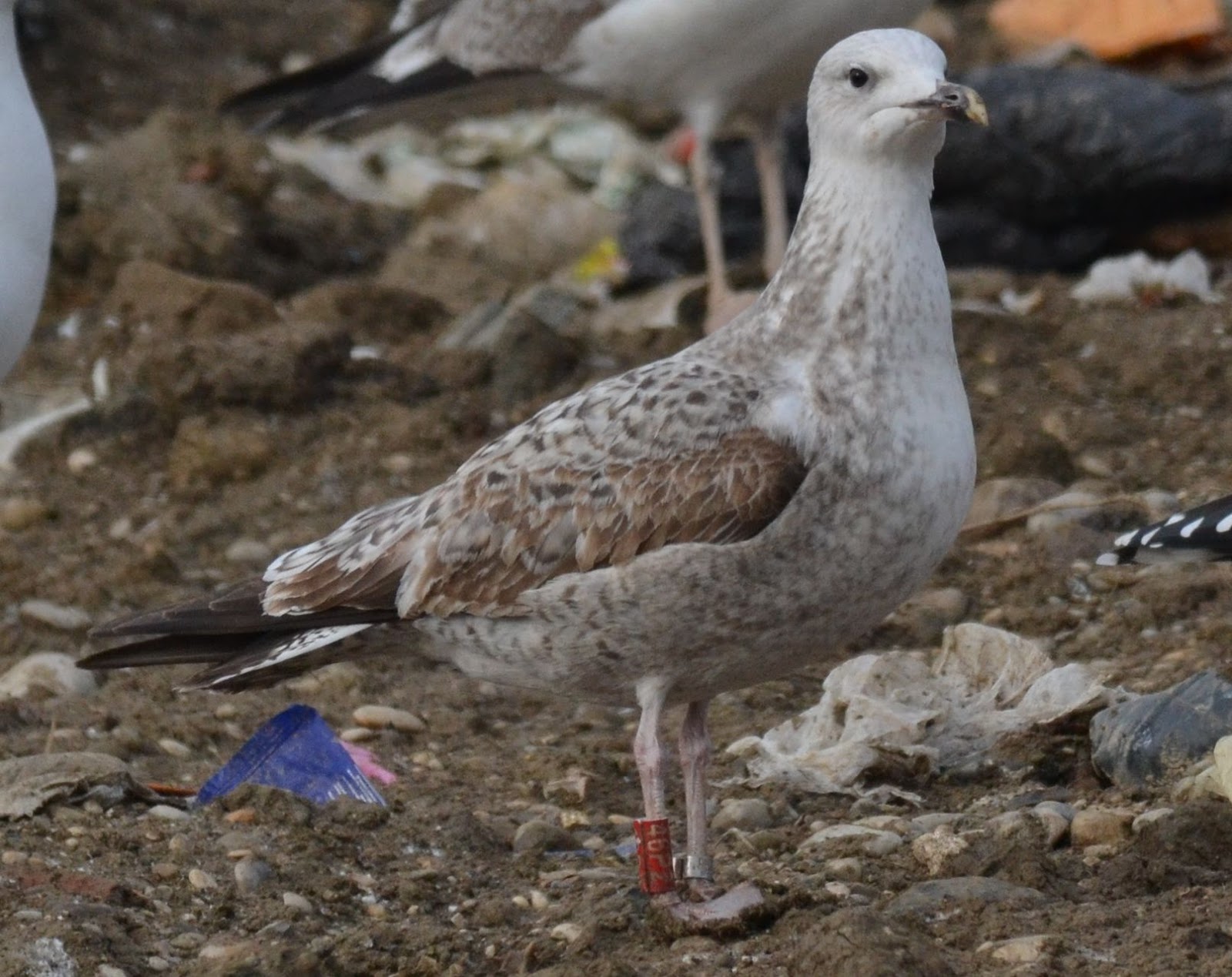 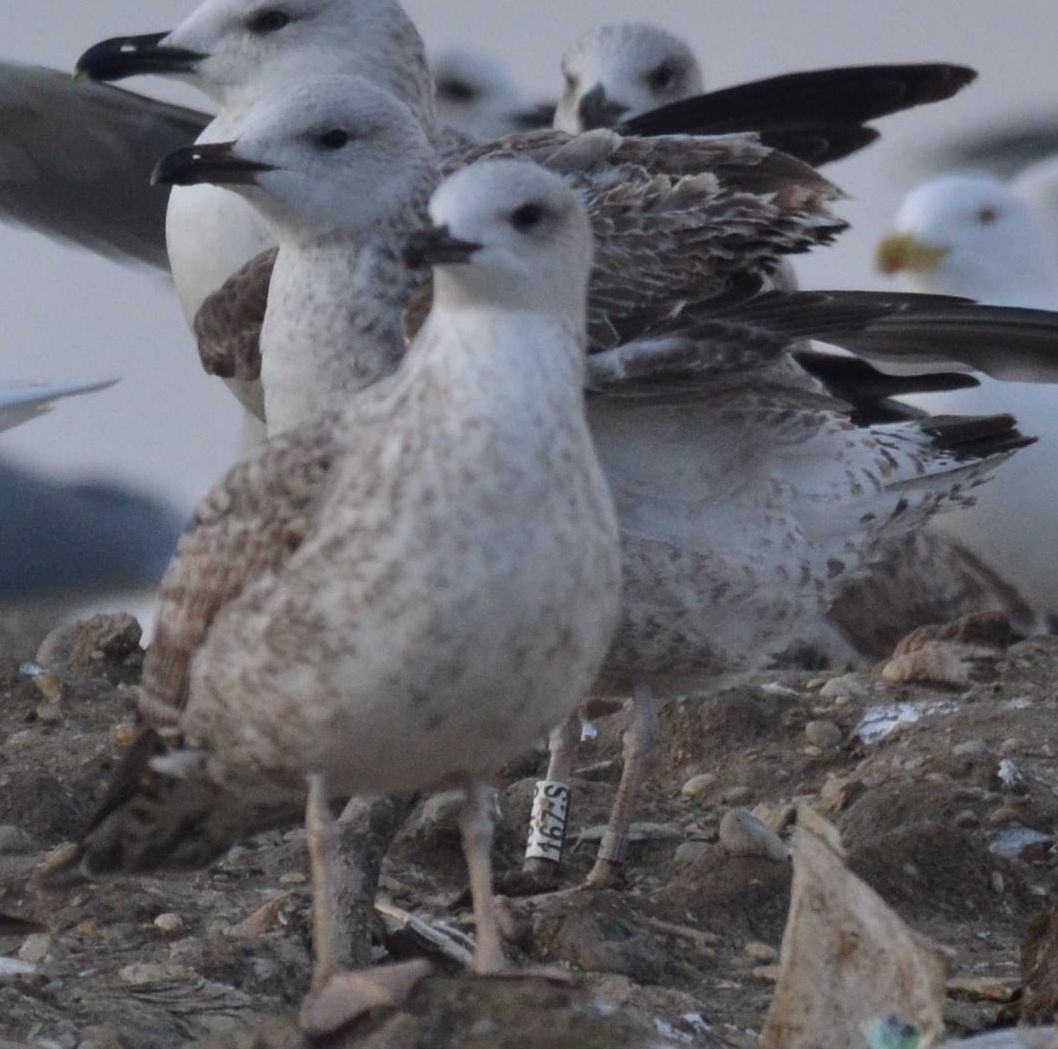 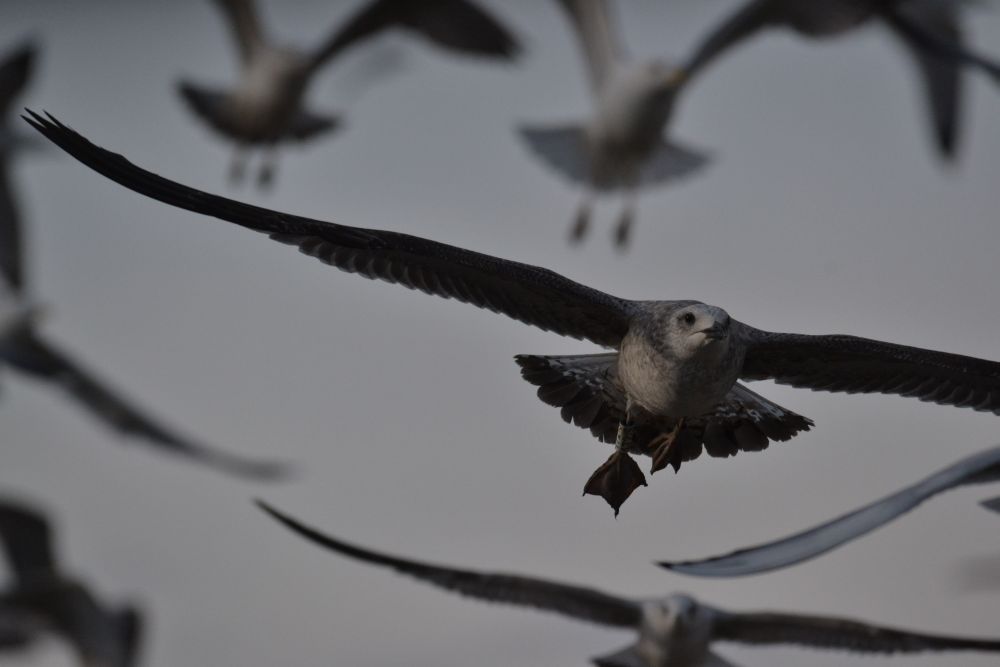 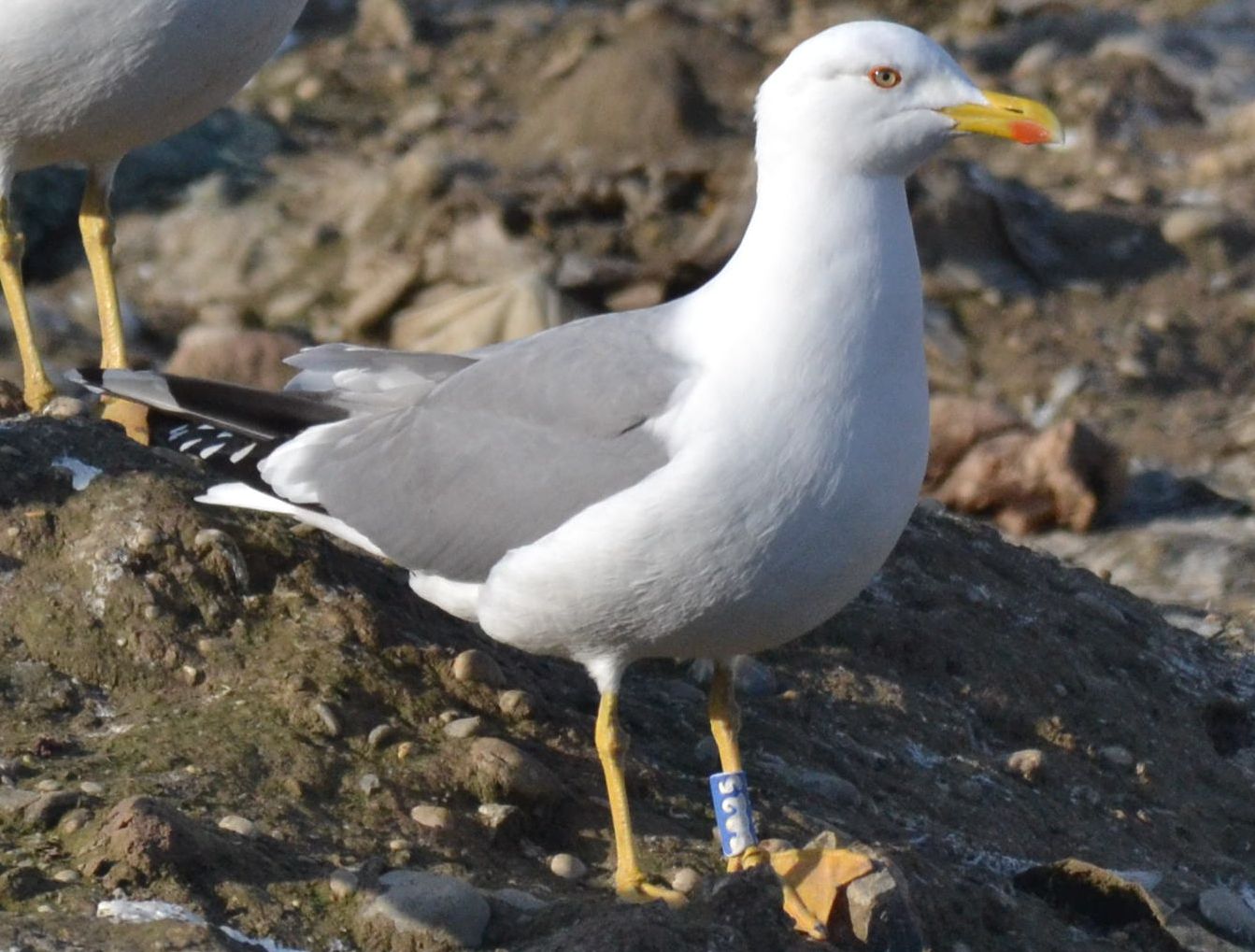 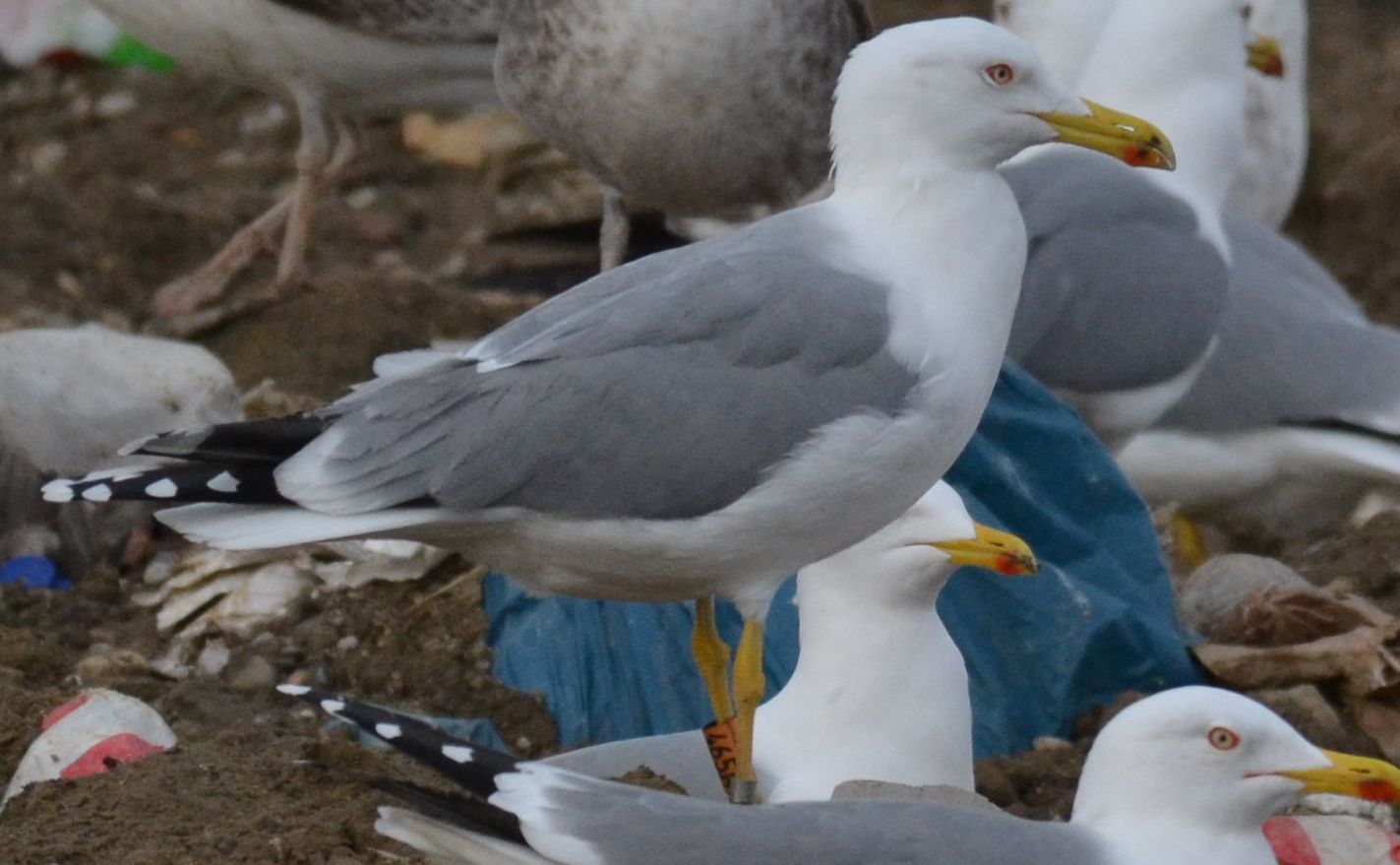 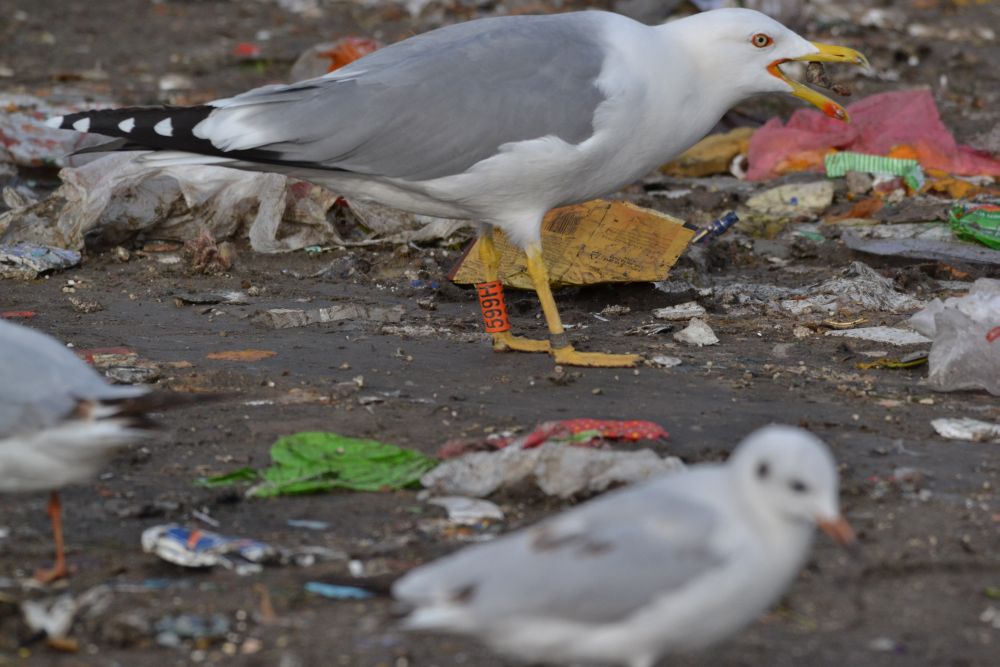 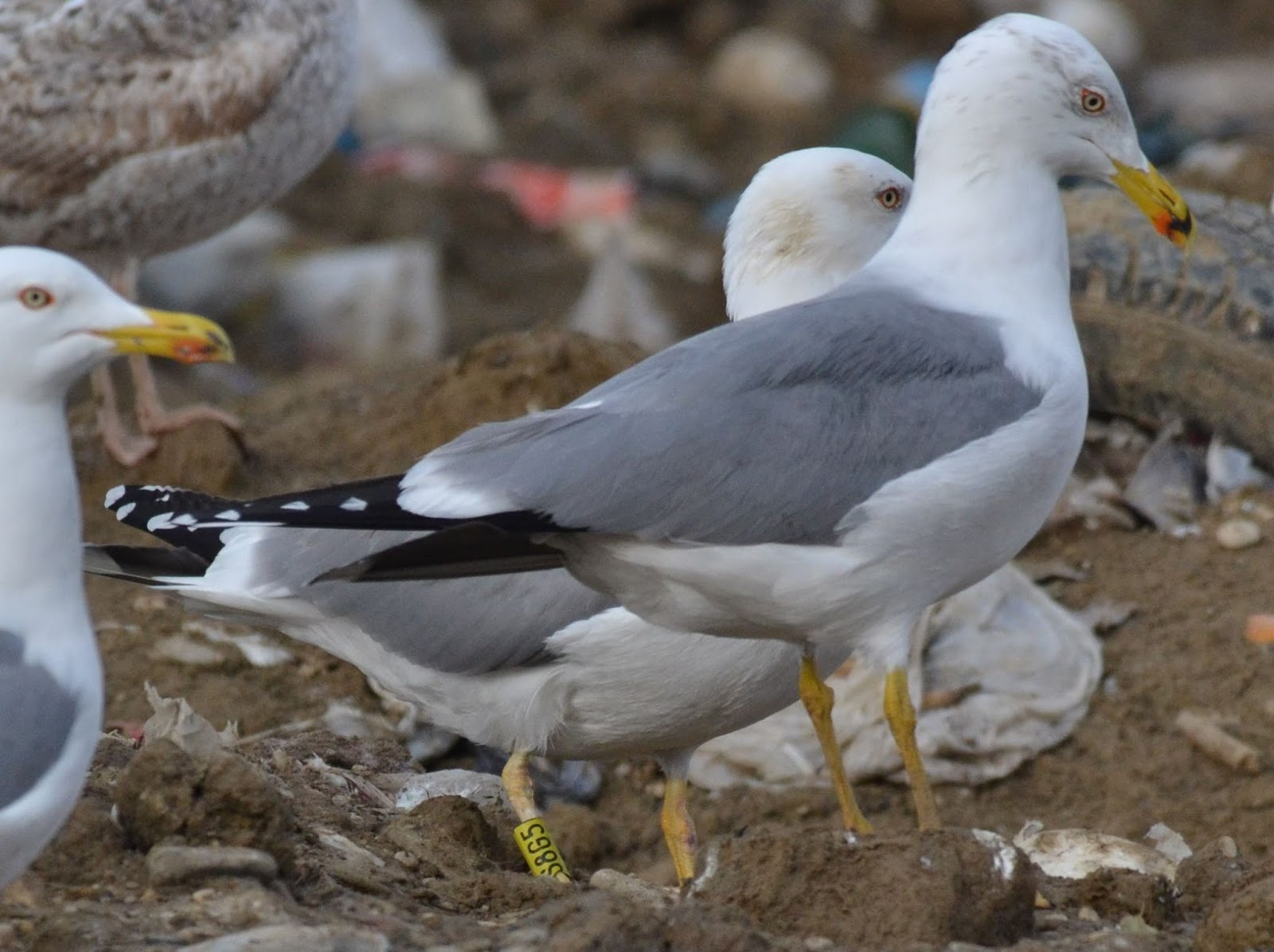 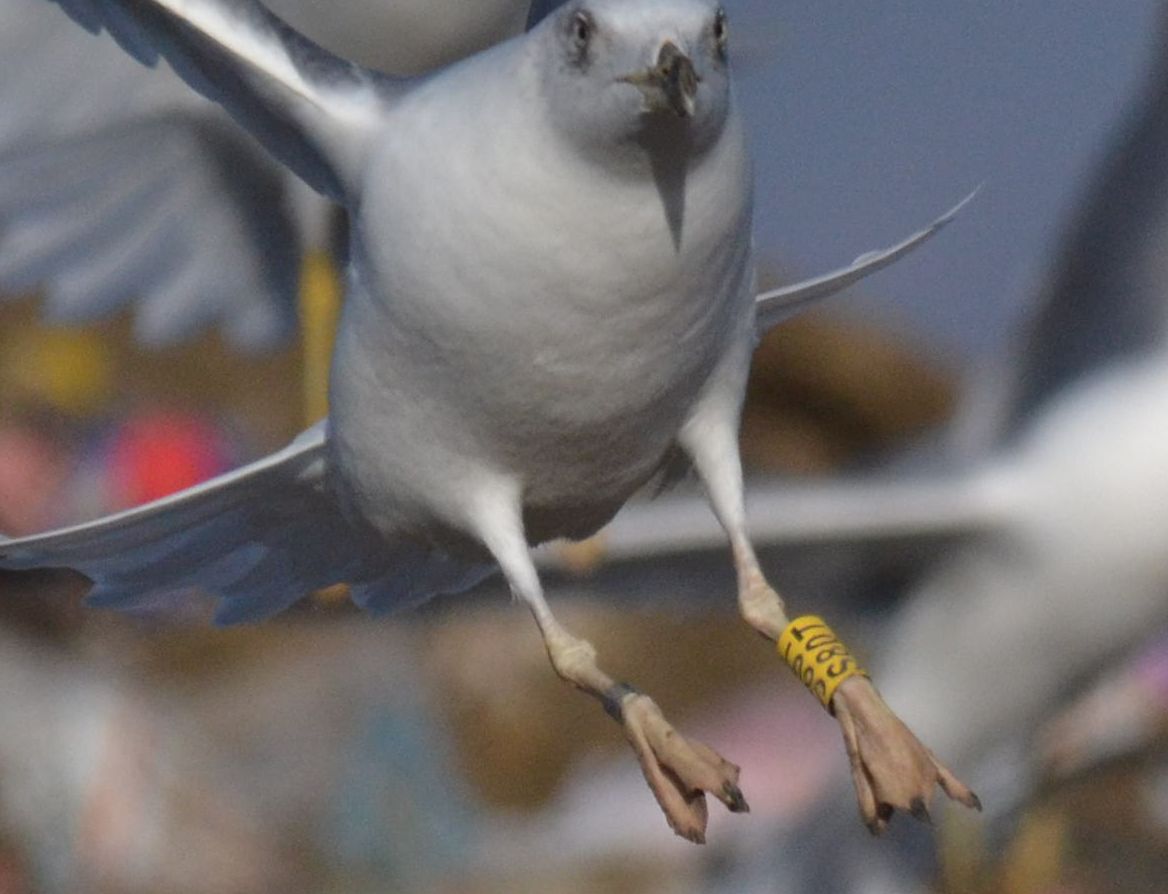 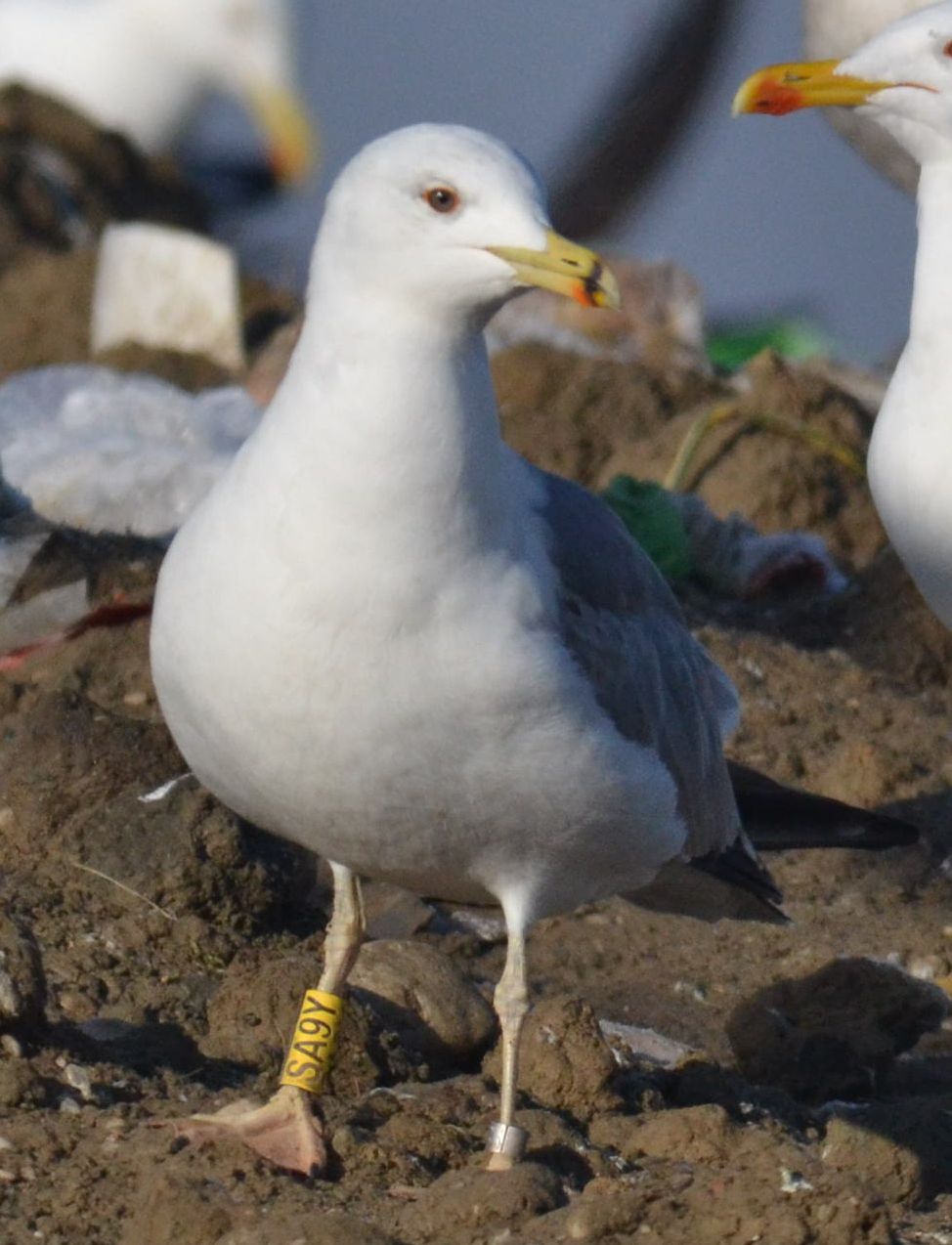 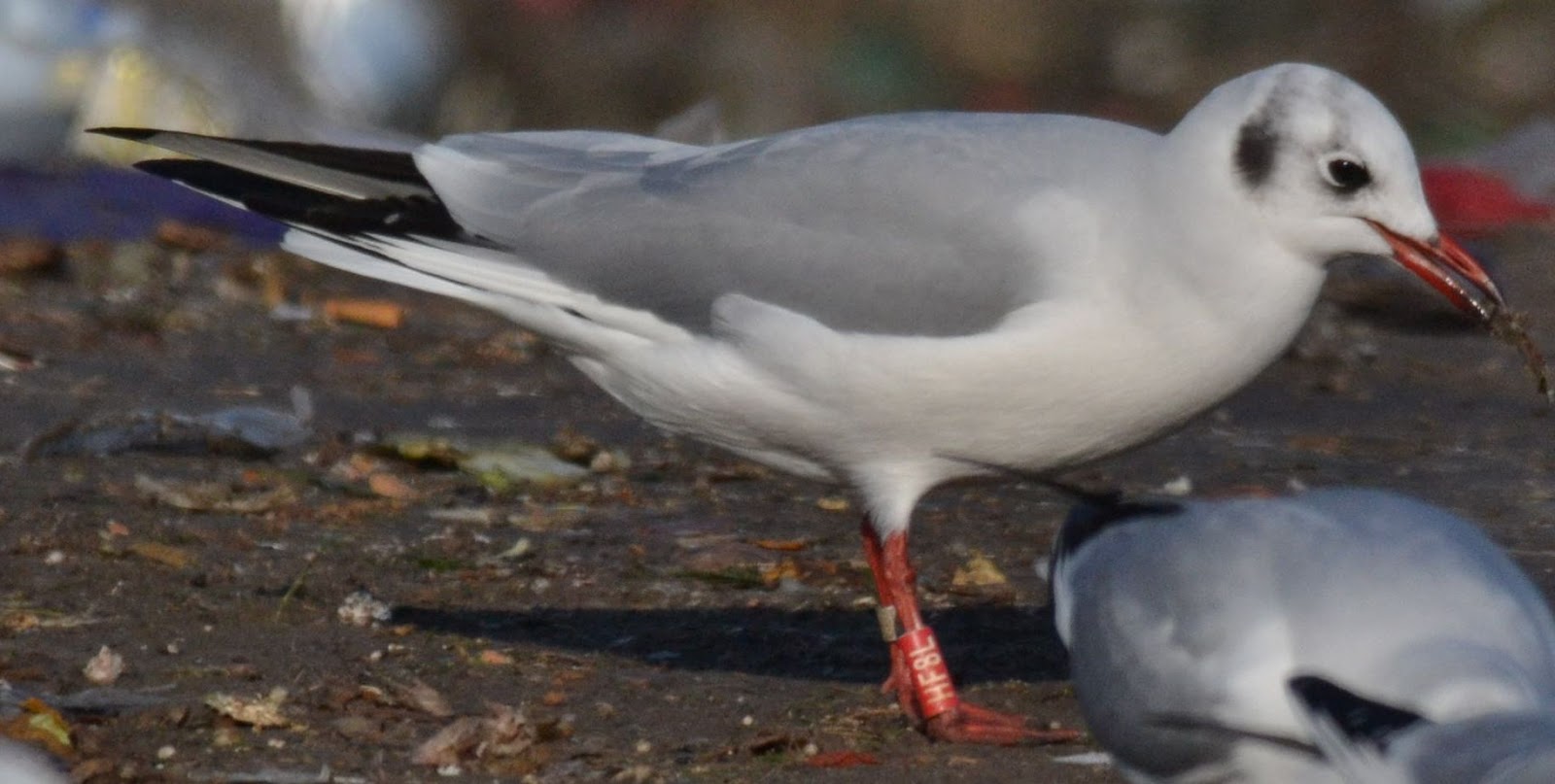 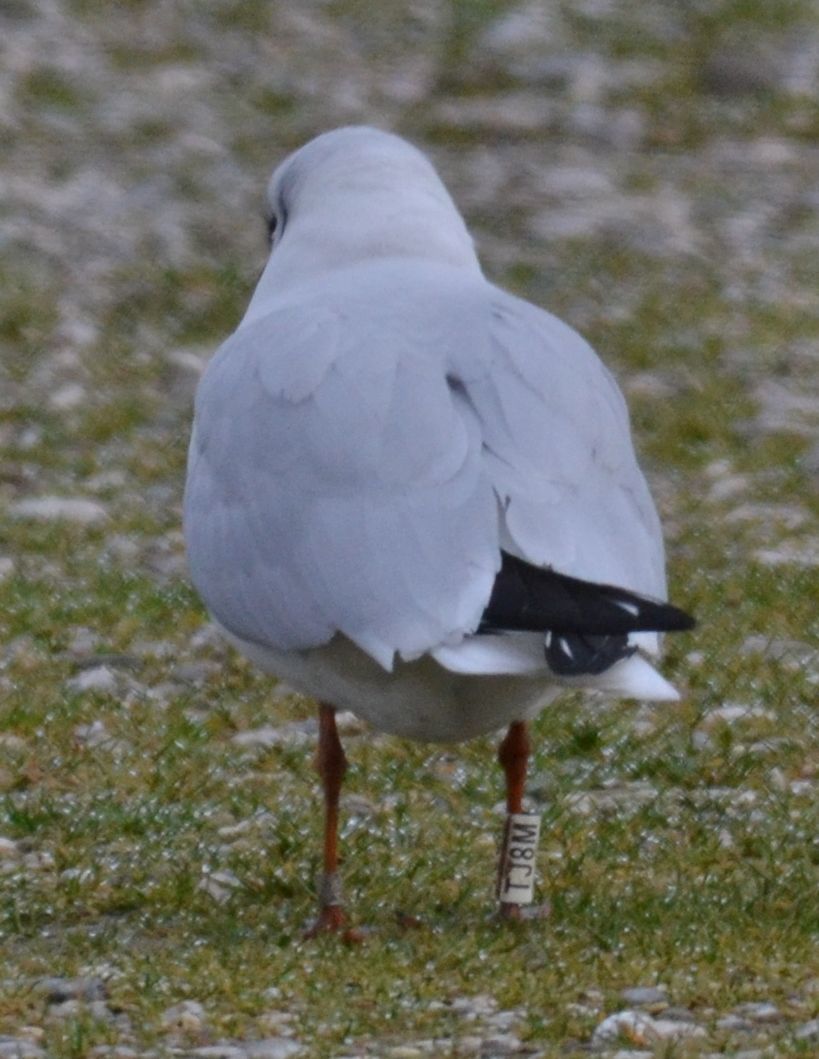 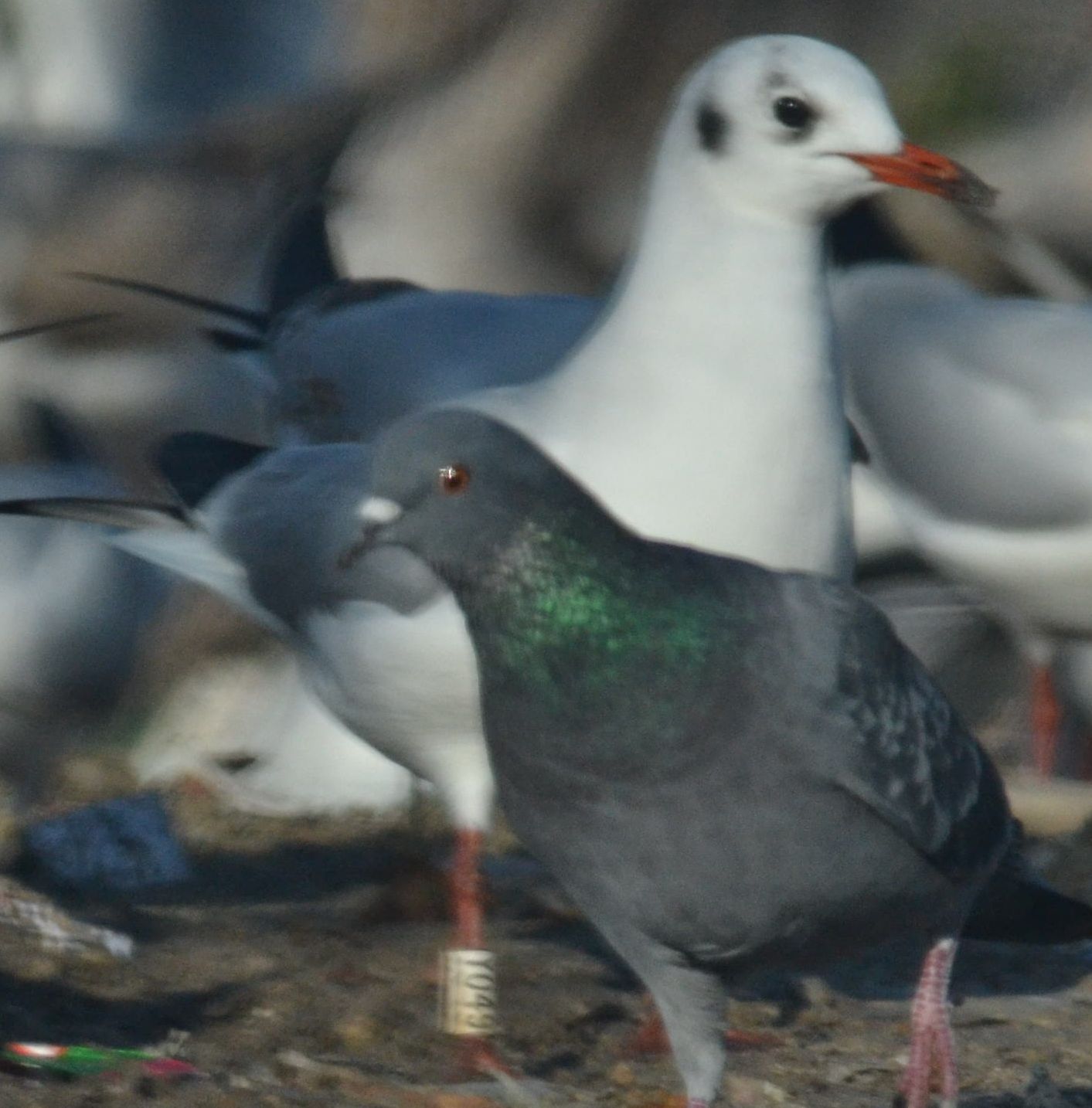 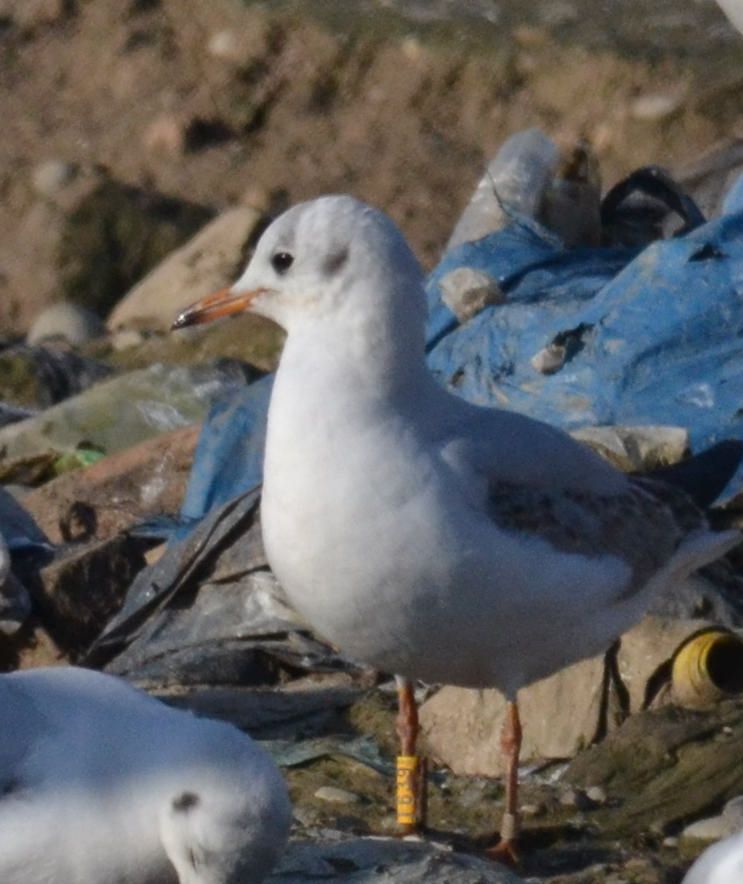 So we ended December with only 60 gulls ringed:( and year with around 700.. I hope this comming winter will stay for some time and we'll catch more gulls in months to come..Untill then, Merry Xmas and all the best in 2015!
Objavio Luka at 06:58 No comments:

Last Sunday we finally started new season! The weather conditions were not perfect, but I couldn't wait any more.
The guys on the tip did the great job and gave us nice place on the tip and they were finished with their work just in timefor us to take a catch.
First one was really fast because I couldn't miss firing with LBBG in the catching area :)
It was 4th one ringed in Croatia:)

In the catch there were around 20 more big gulls and here are some of them: 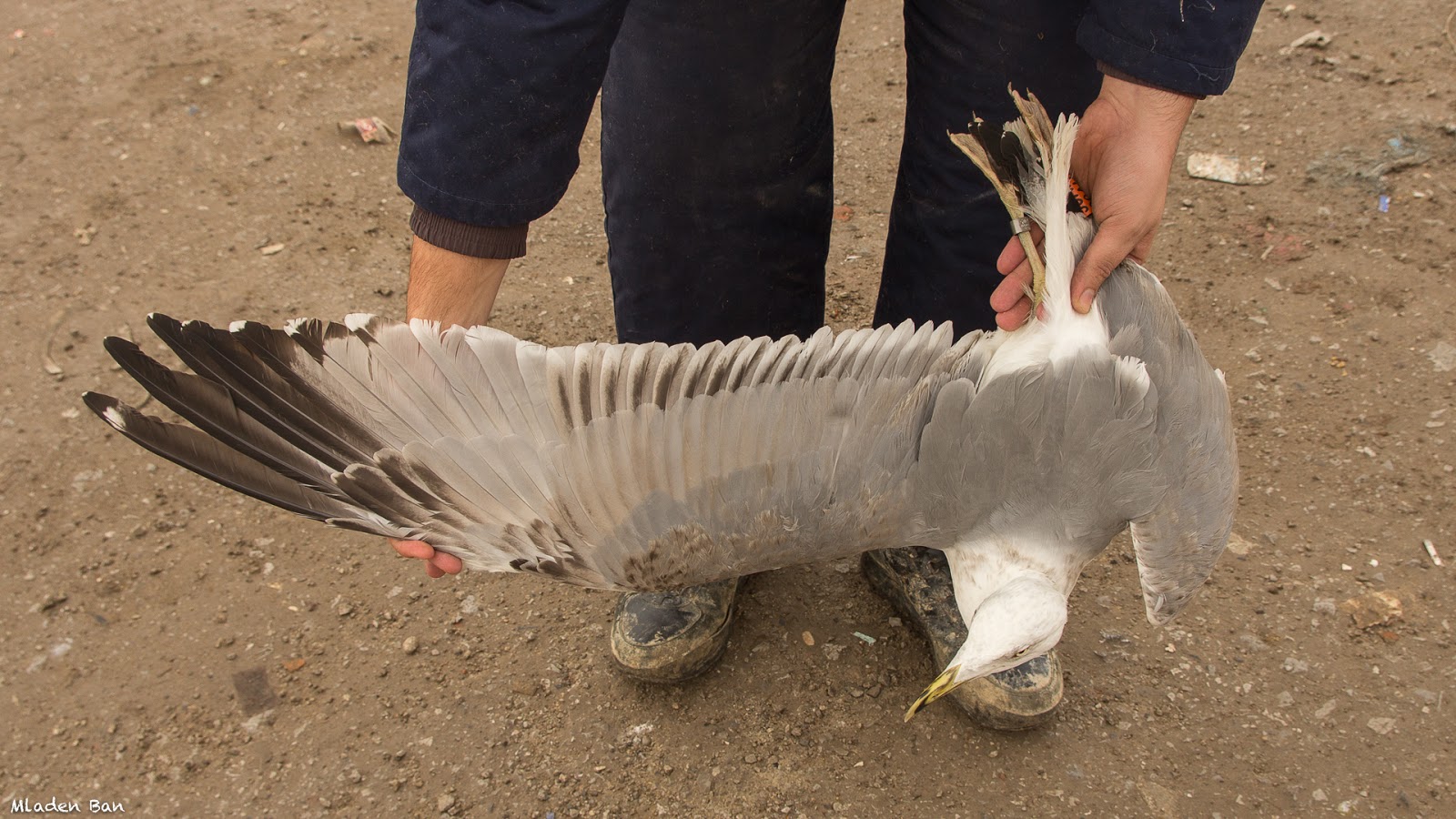 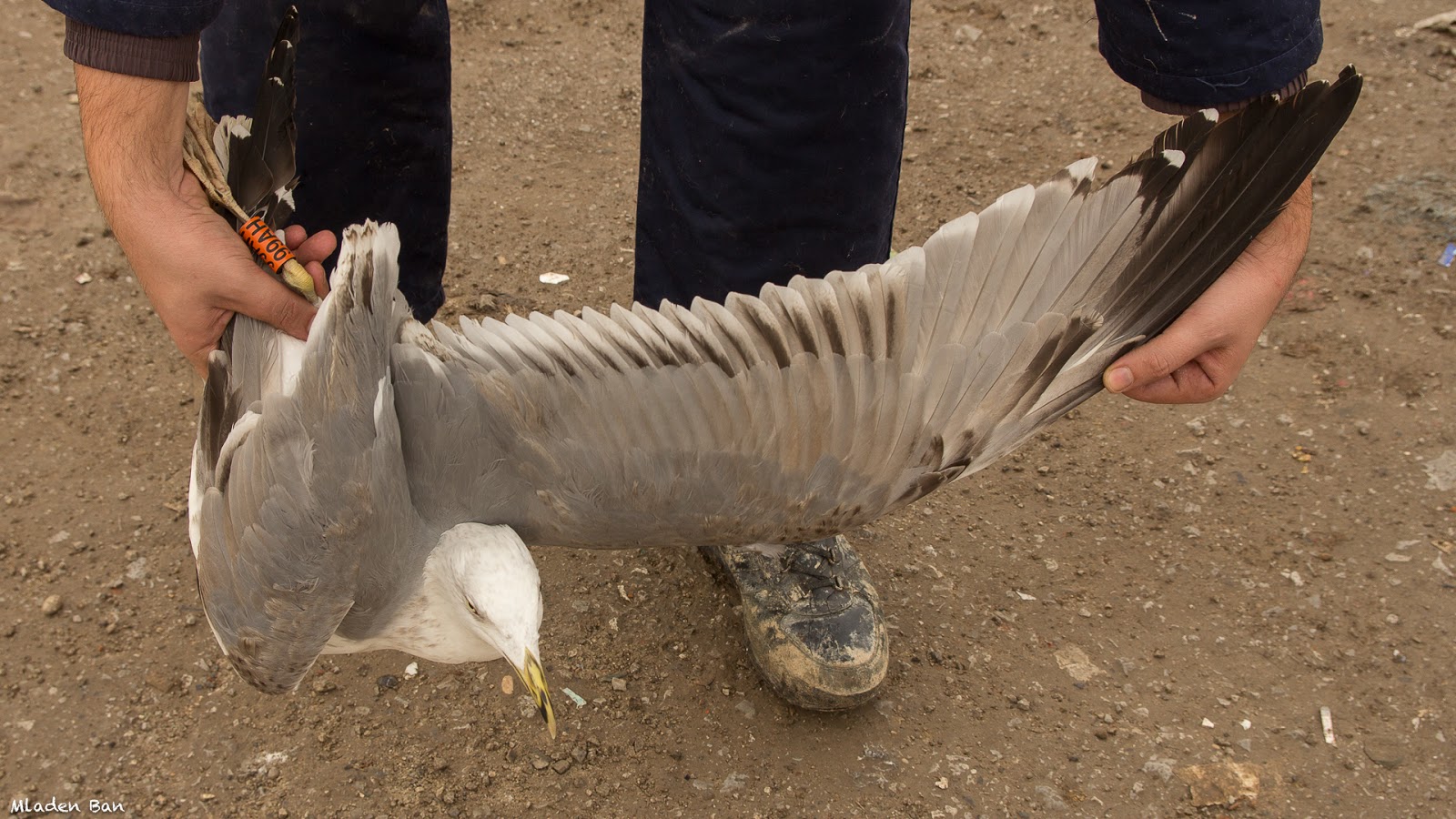 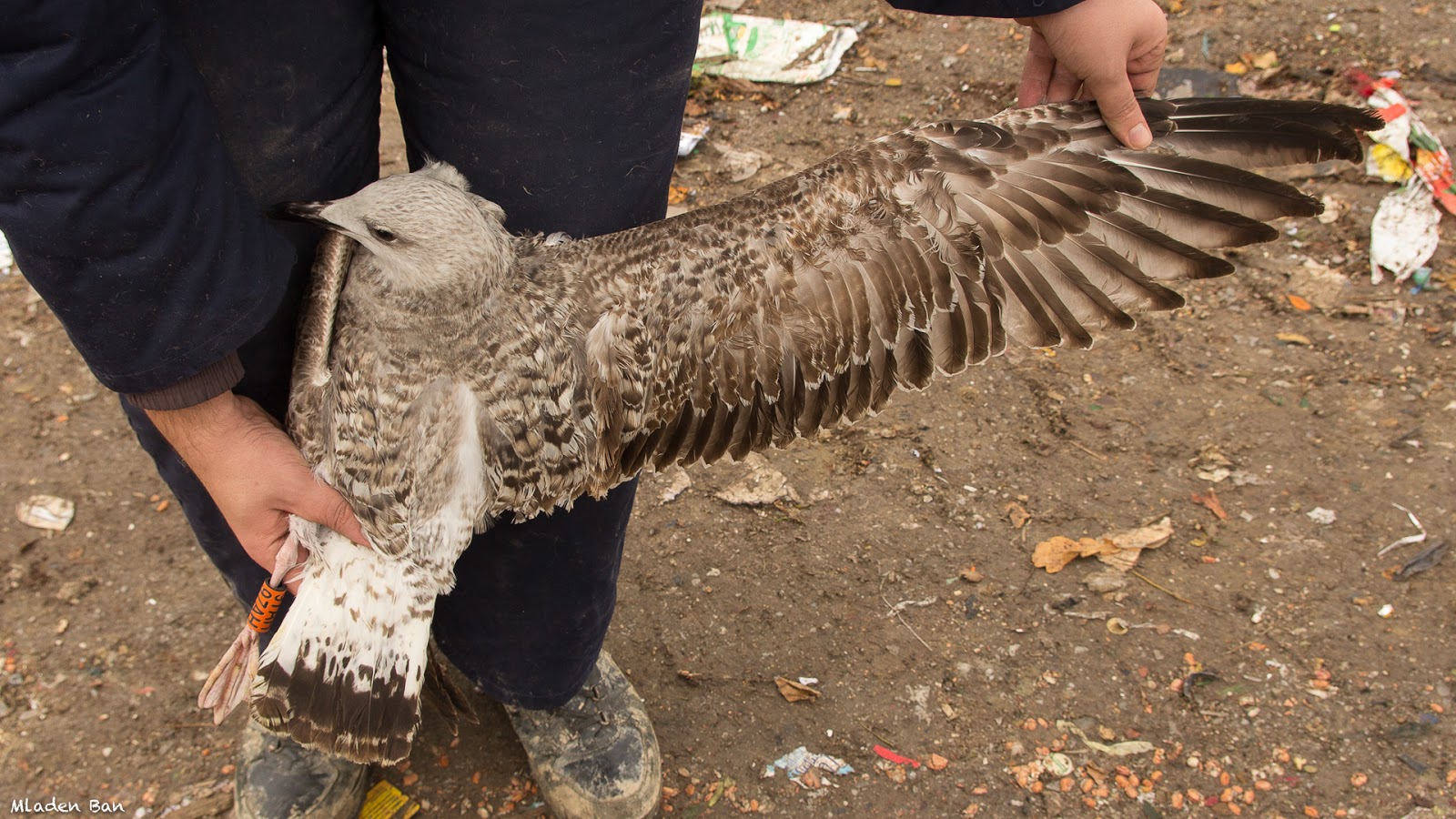 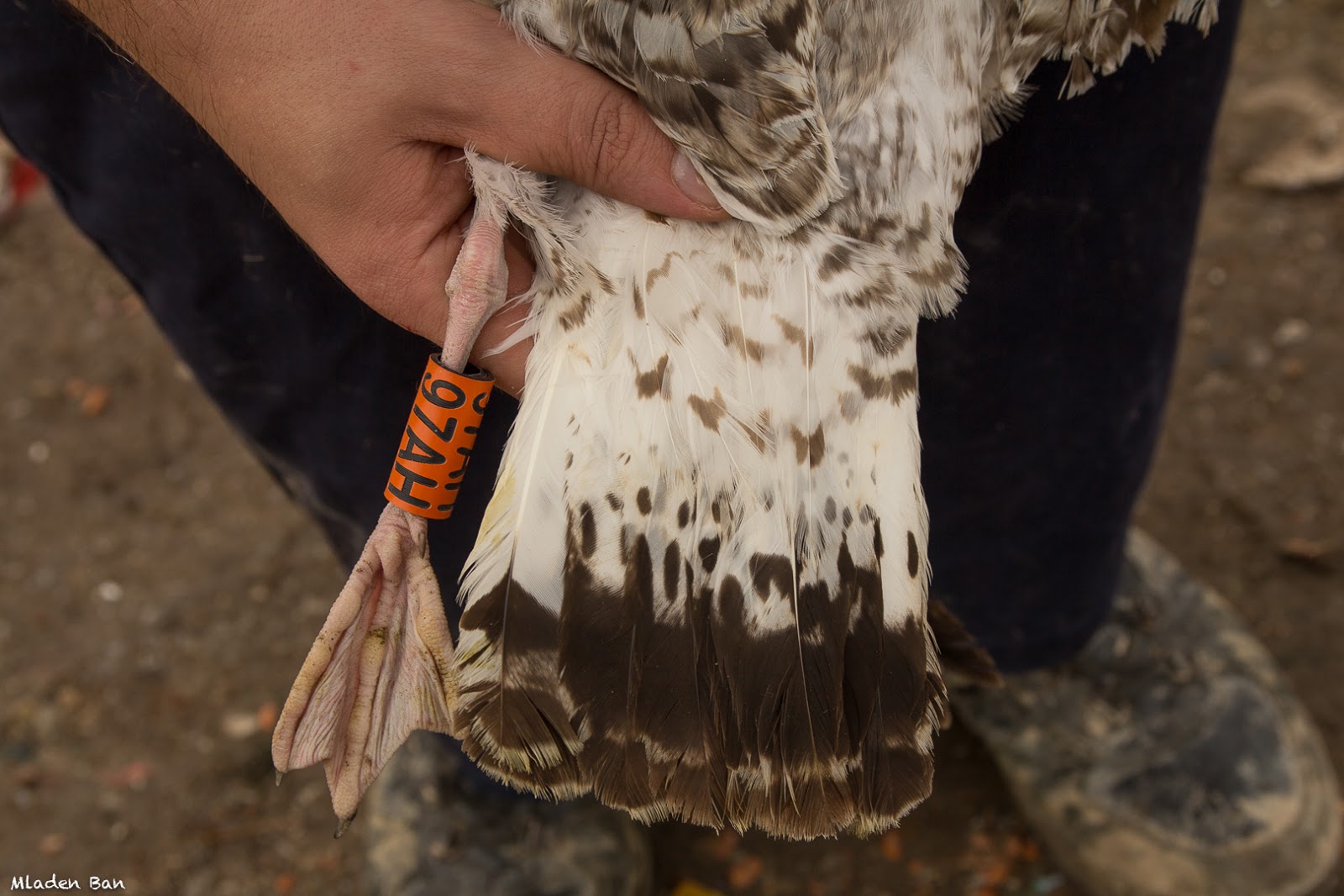 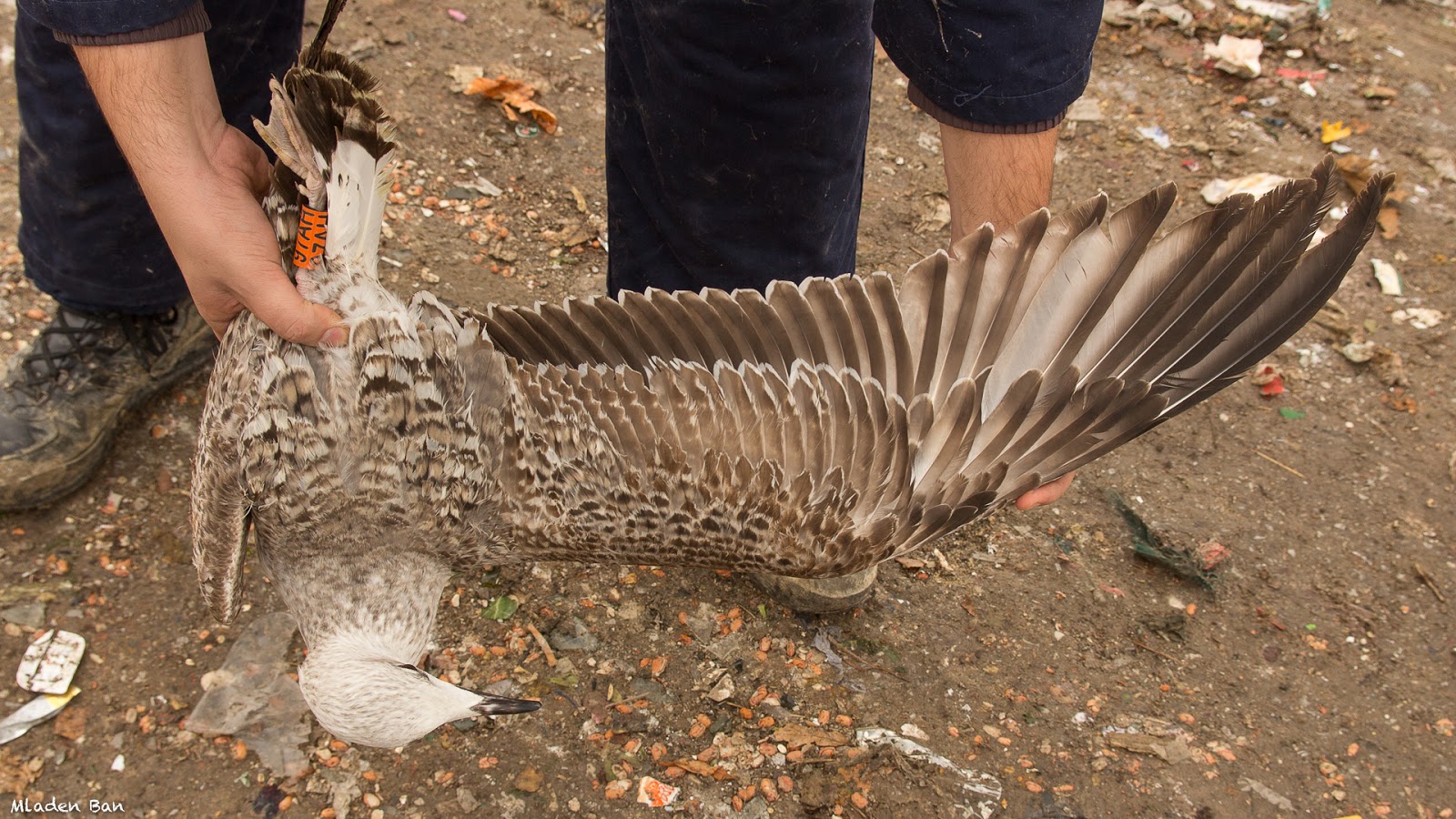 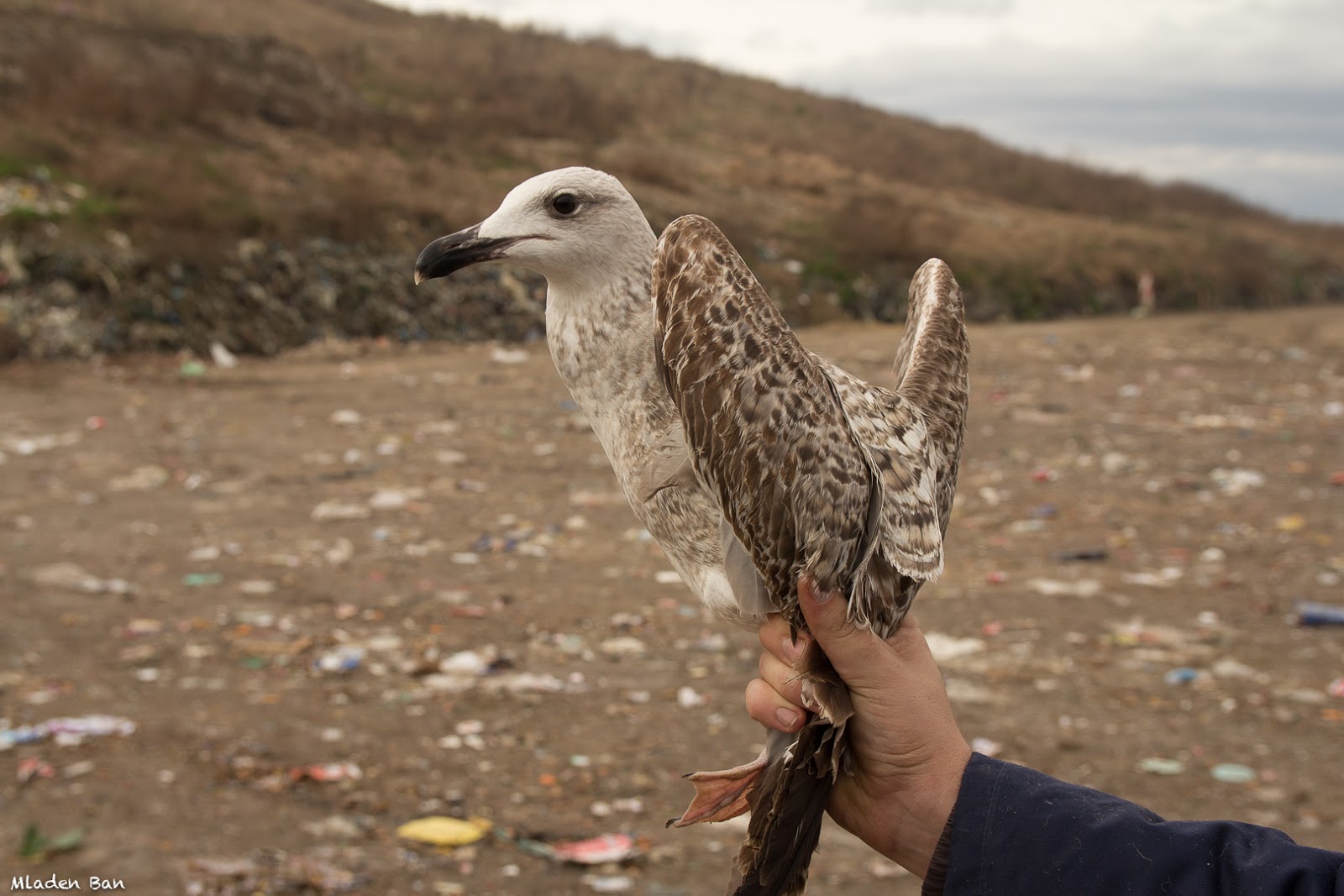 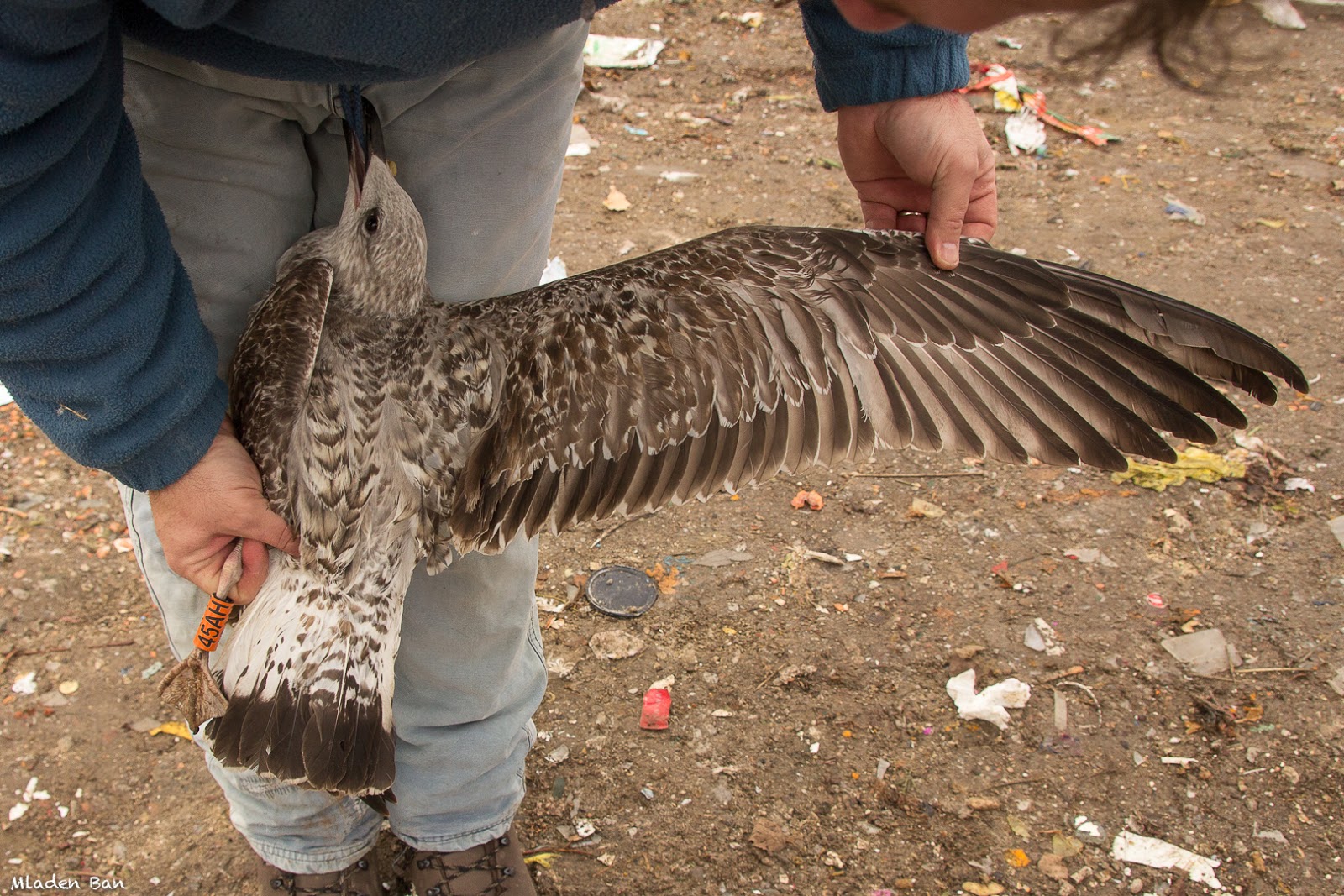 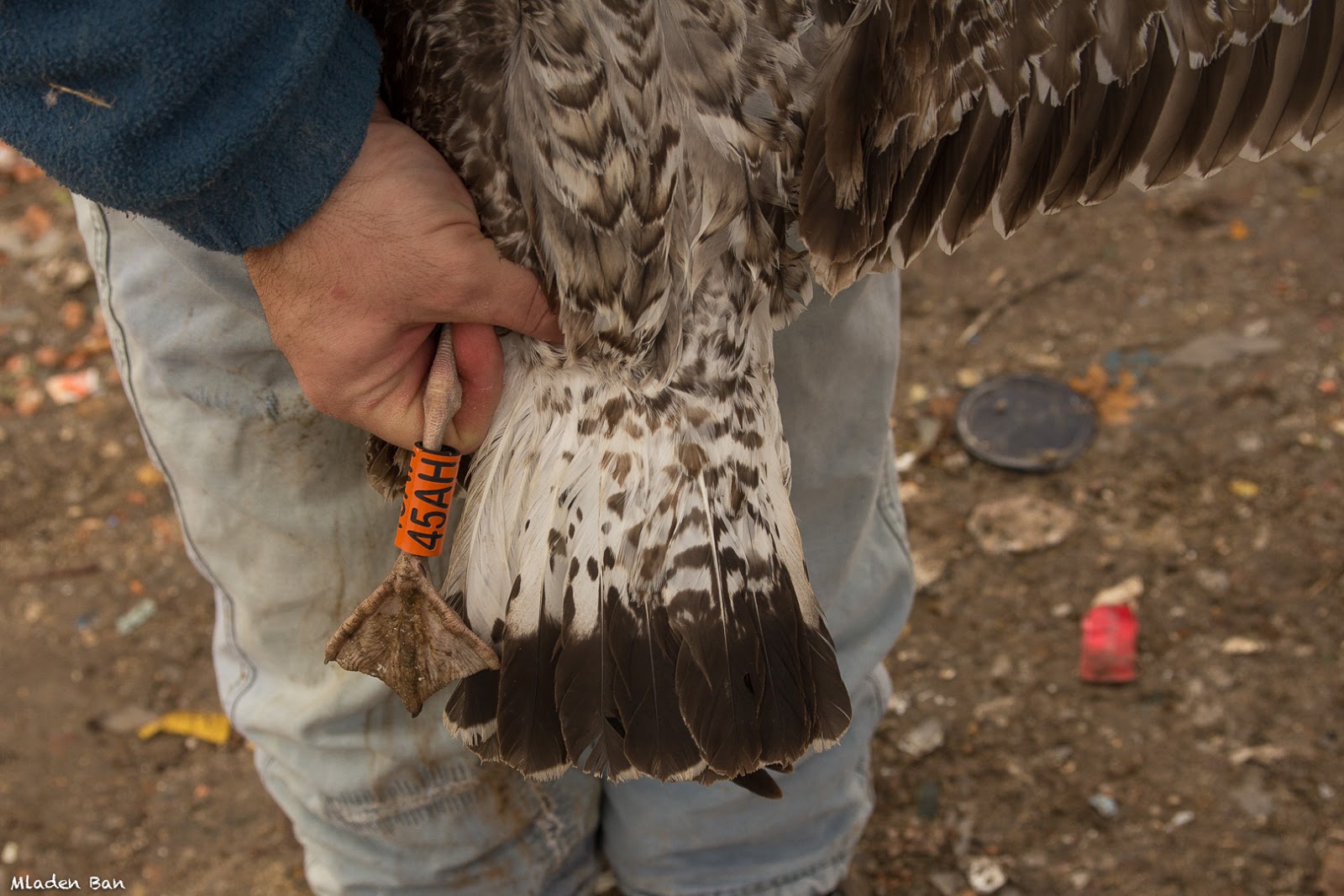 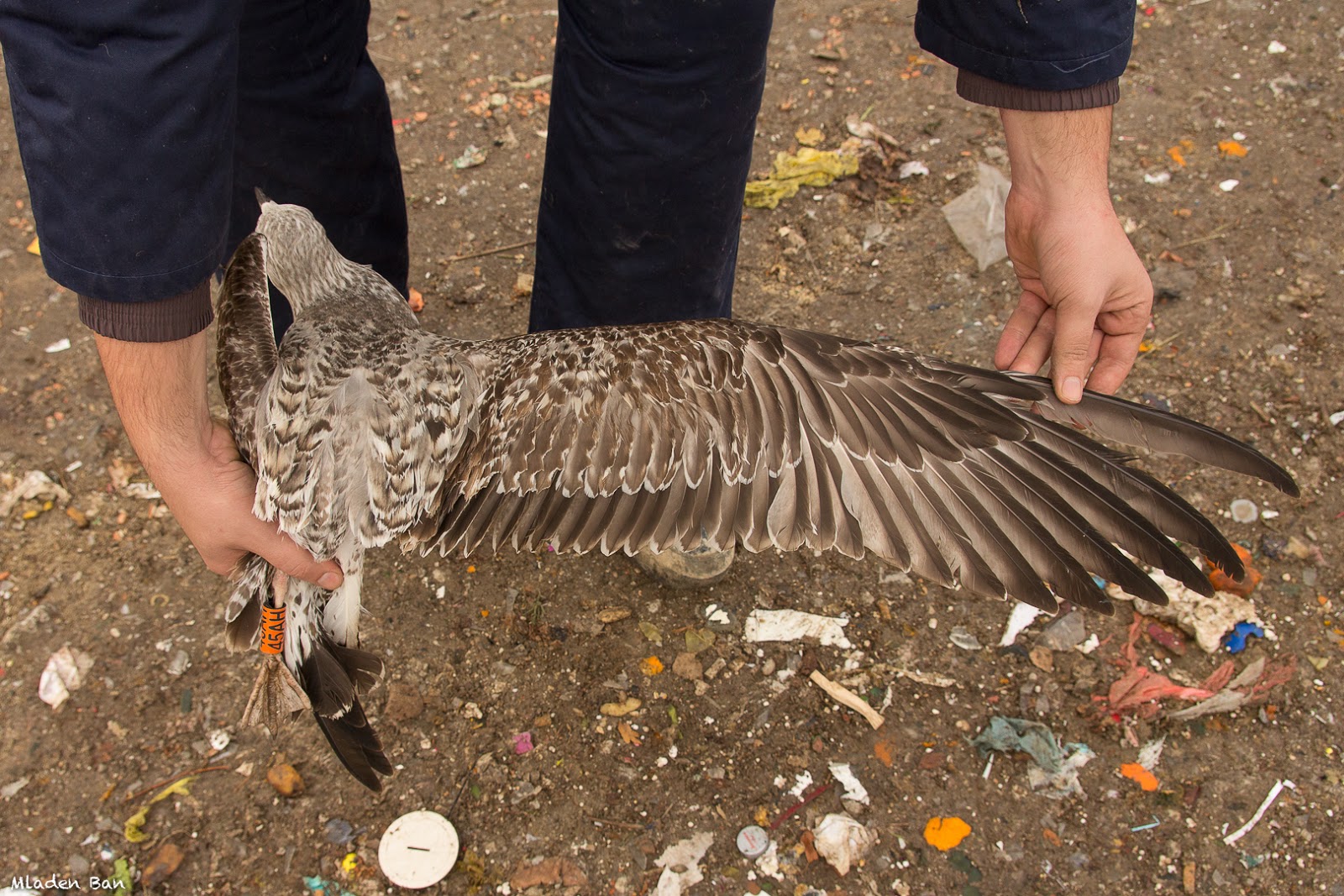 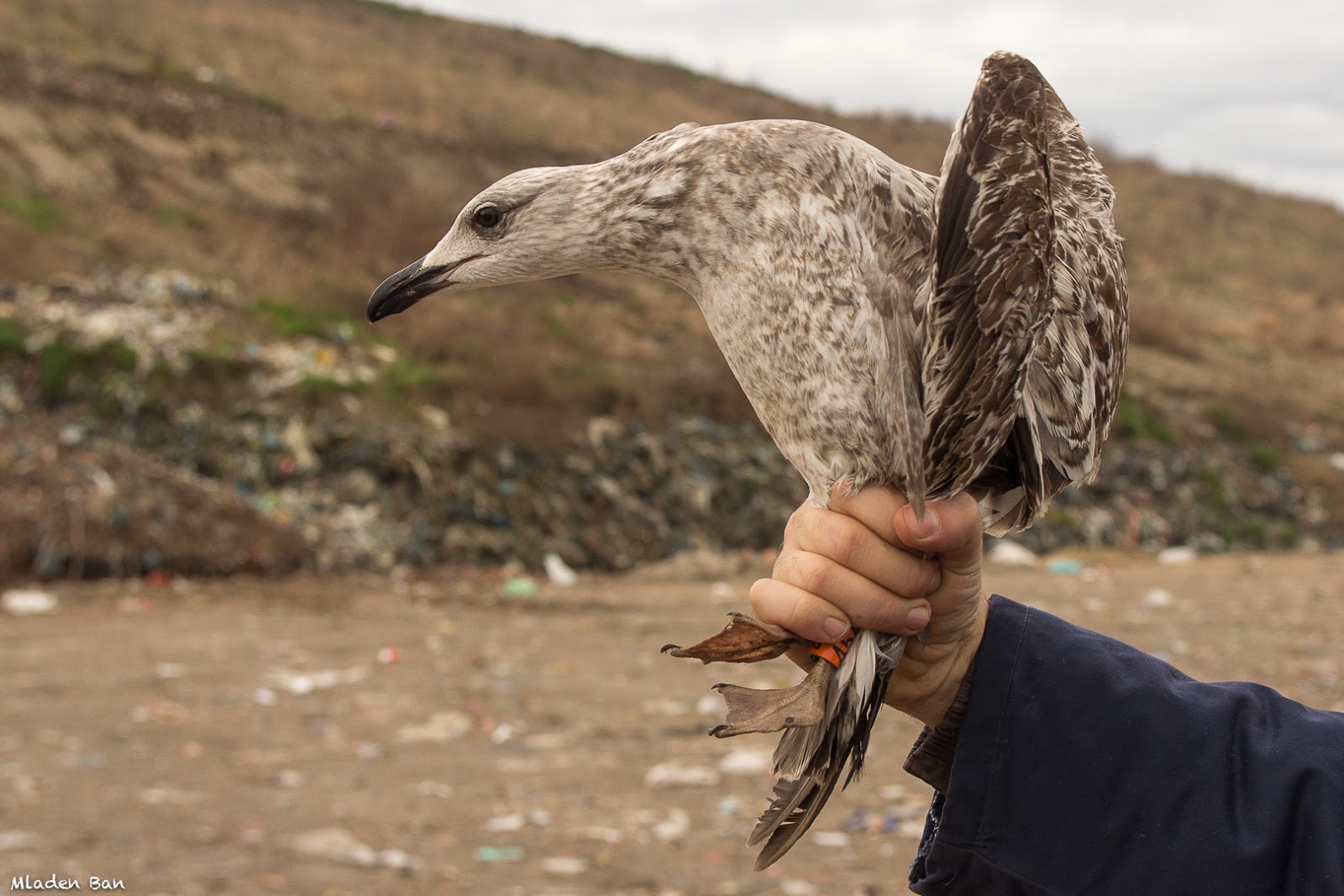 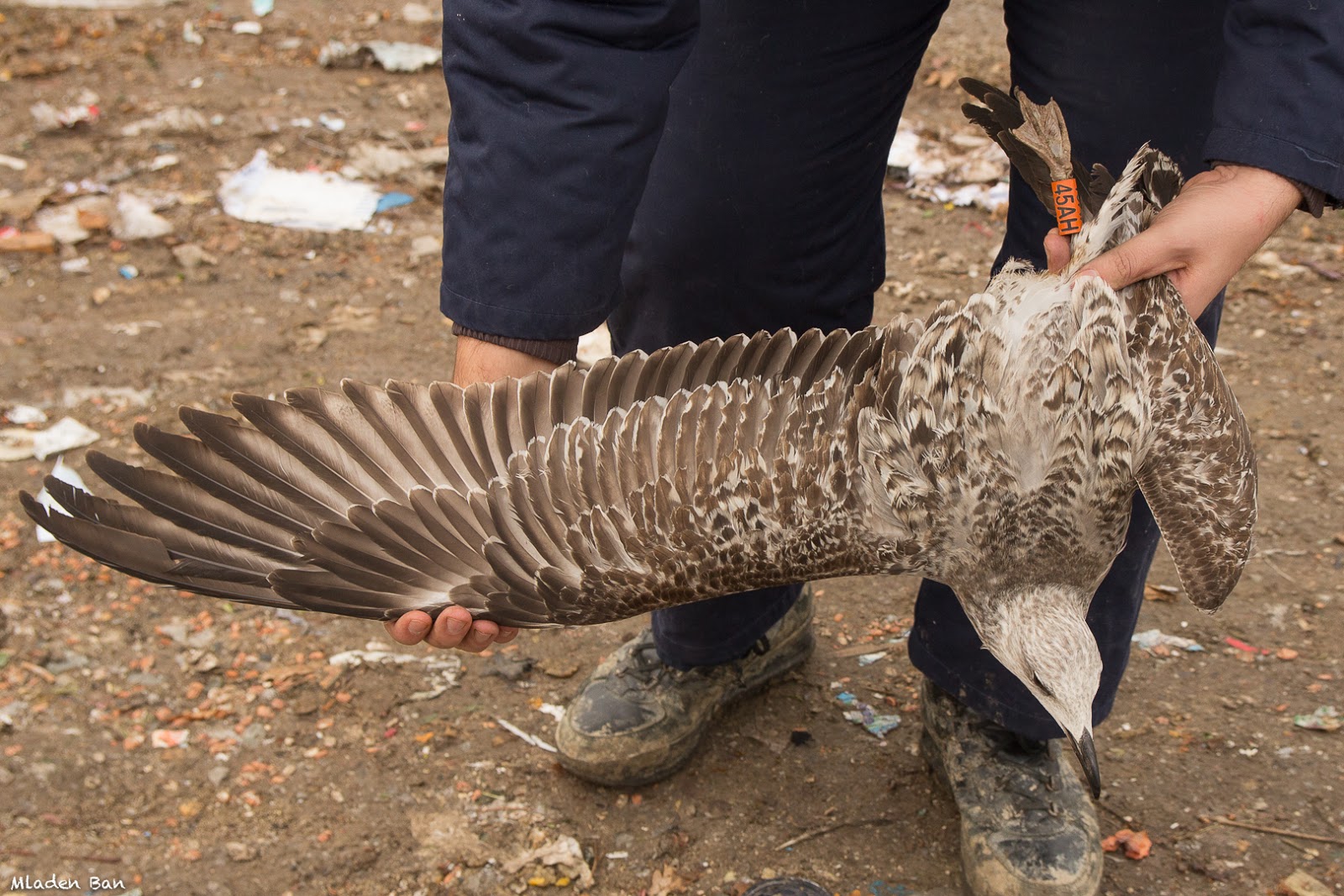 We quickly reset the net and waited for the second catch. It happened preety fast because I was affraid that if they fly that they will not come back and I didn't want to risk it. So second was around 35 BHGs:)

Not bad for start especially concerning the temperature which was around 10C..
Hope it will be better(lower temp) in weeks to come..

While we were waiting for the catch we managed to read few rings, including my second ever BHG from Germany and one more from Poland:) 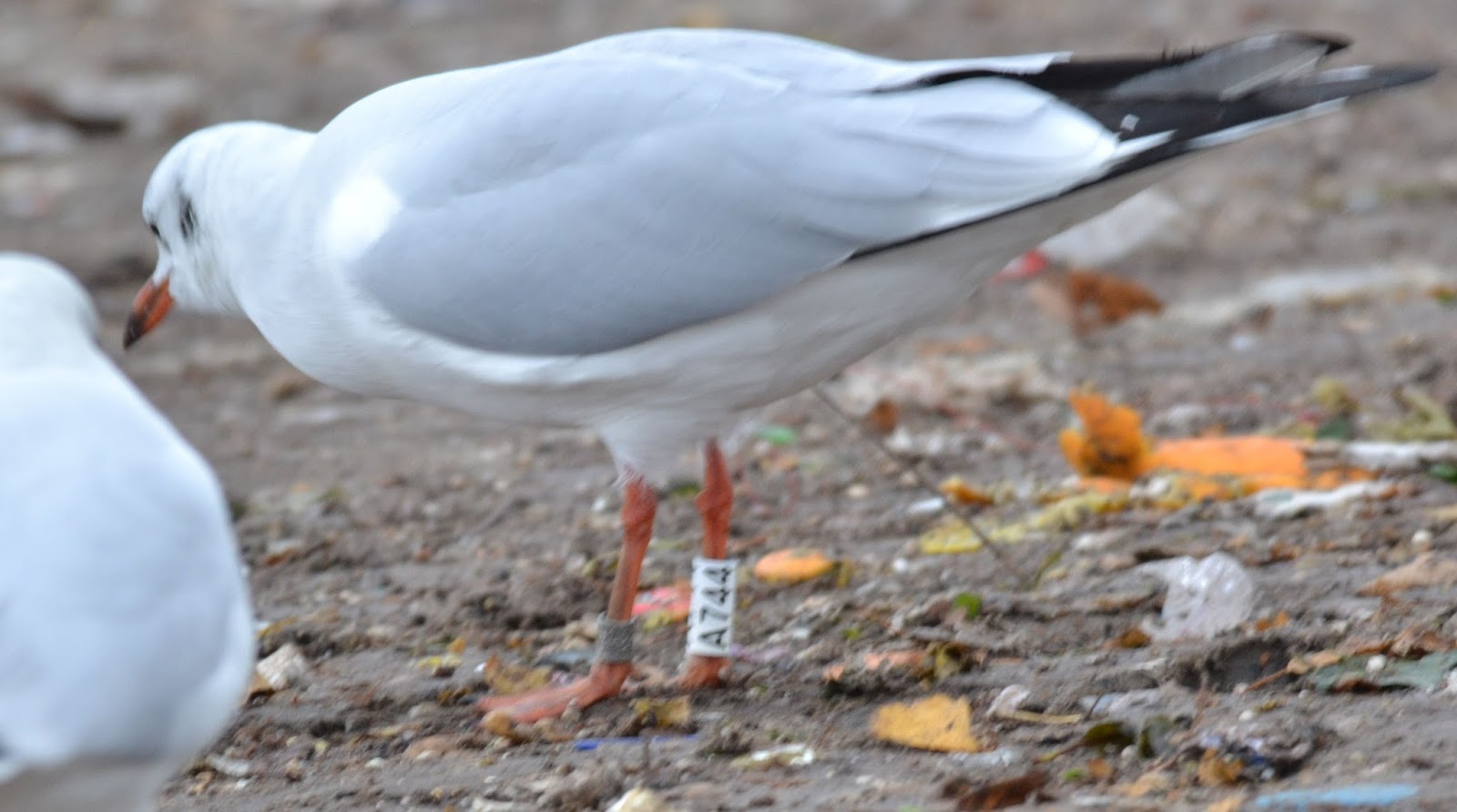 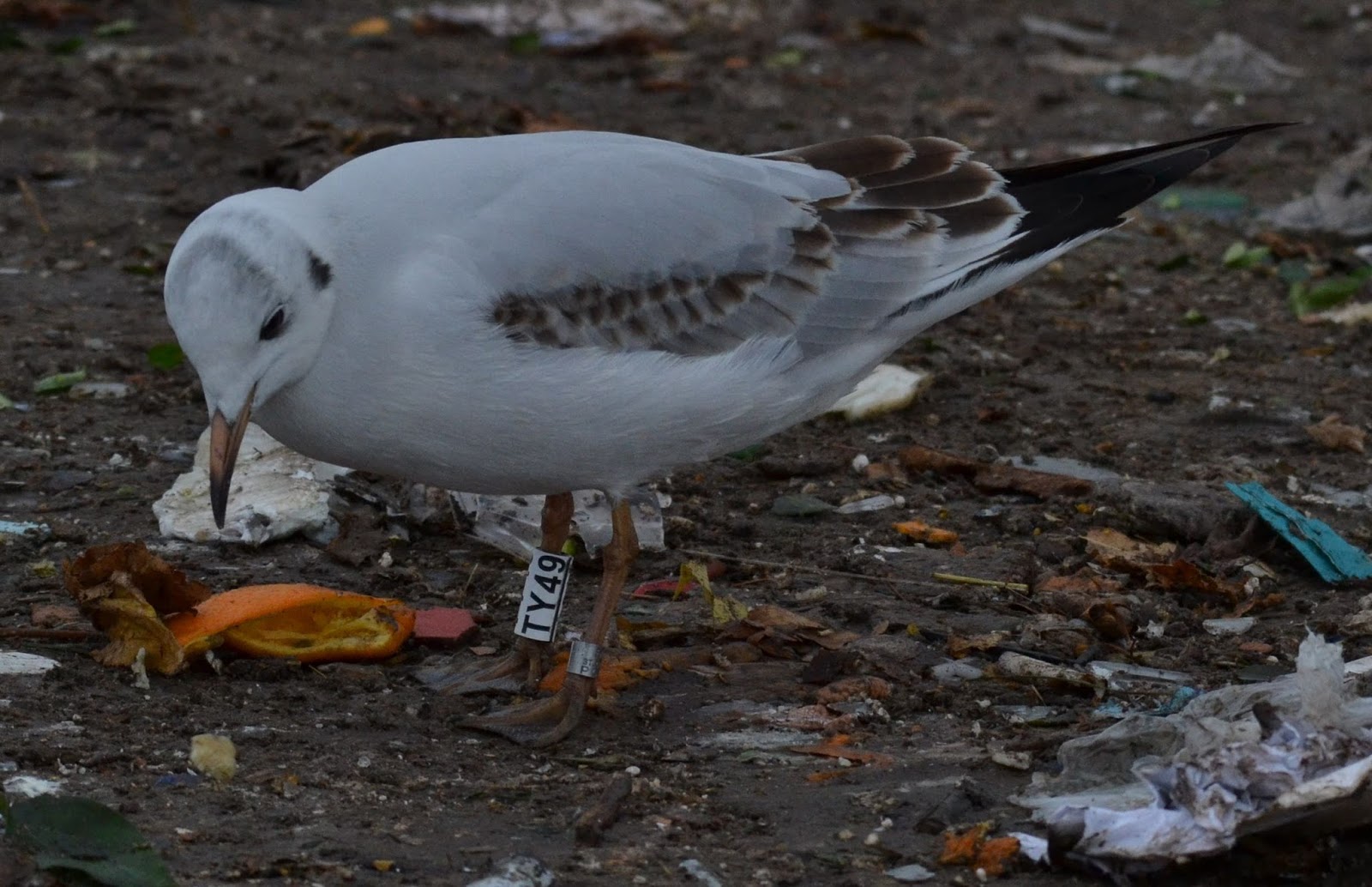 And in the end of the post I'll put some nongulls photo: 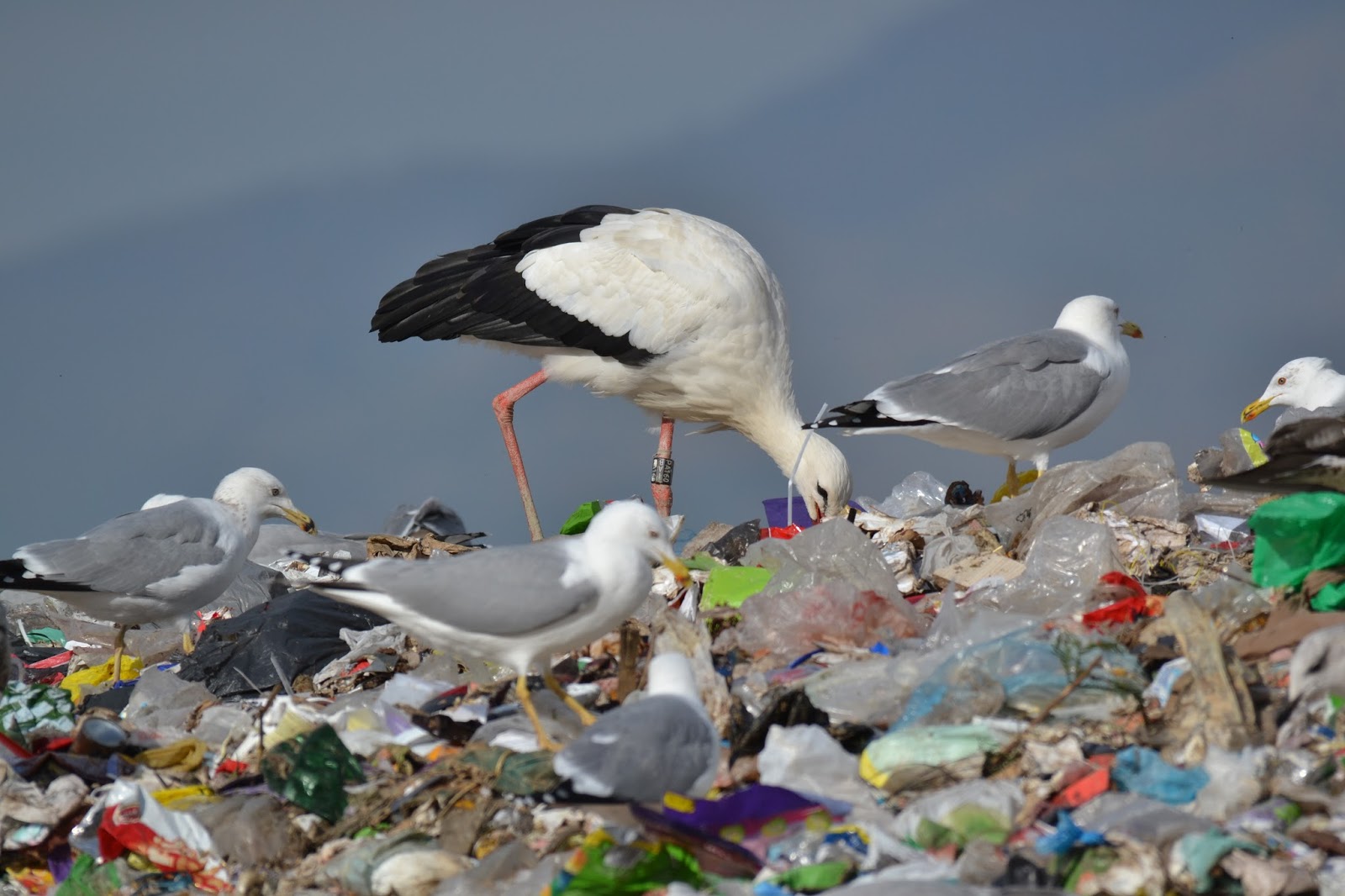 It is a white stork wearing Italian ring that was ringed as a chick in Malpaga, Zerbolo, Pavia, Italy in 2010. It was seen in Isny, Sudwurttemberg, Tubingen, Germany in June 2014. Cool :) I took this photo in November on Jakusevec.

Update on answering recoveries..
Due to my finnishg phd I have neglected answering recoveries for few months. One time I had more than 600 unanswered emails ..At the moment I still have around 150 emails to answer, so please have some more patience. I hope that from the beggining of next year my project will be online and you can enter recovery data and get lifehistory allmost instantly. Once again I would like to thank all the ring readers because without them all of this work would make much less sence!