The start of cannon netting season

Last week Zec and I started cannon netting season. We got an invitation from local veterinarian to catch some gulls on their rubbish tip. I was a bit suspicious because it was new tip and we were suppose to work with compacter driver instead of throwing food in front of the net.
We got to Poreč on Tuesday at around 5 pm and first went to put our things in the room and then to see the tip and plan our catches for days that follow. It's funny when you're cannon netting and find House rules that look like this : 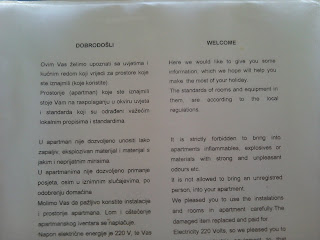 After that we went to the tip and were very pleased with it. It's a small rubbish tip with some 200m2 of rubbish and (at that time some) 600 gulls, mostly YLG but there were few MedGulls we wer hoping to catch. 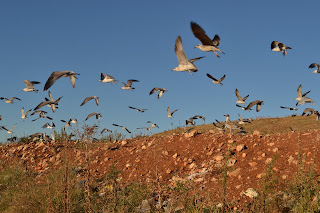 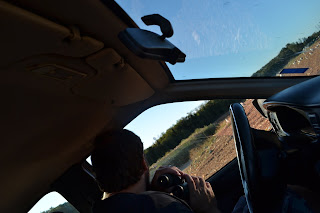 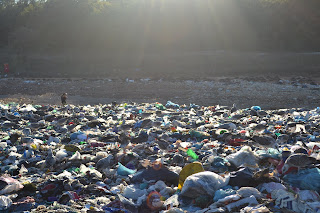 Next morning we were at the tip at 8:30 and there were few loads of garbage waited just for us :-) First we arrange everything with compactor drivers and started put the net. There were some 1200YLGs, few tens BHGs and few MedGulls. After some half an hour we were ready and just waiting for drivers to do their part.. first catch was not that good as there were few people and trucks in front of the net.. When everything was clear we took first catch. 12 YLGs.. not many but it was the first one.. after ringing and resetting the net we spoke with drivers about putting garbage a bit closer to the net. 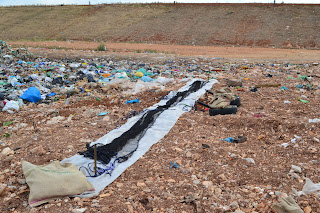 Second one was much better with almost 40 YLGs but few escaped as there were only two of us :(
Third catch was something more than 20 gulls so we ended our first day with 61 YLGs.. Not bad!

Second day we already knew that there are only 14 trucks in Poreč and that they do two tours; one around 10 and one around 12... So we had two catches :) all together  58 YLGs.. 57 new and One ringed in 1999 at one colony nearby. It had only colour ring so we put new metal ring. 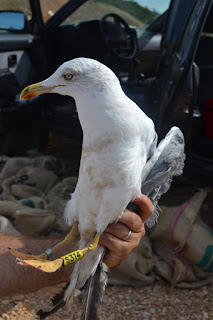 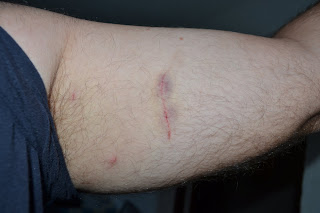