As it's two days to New Year and I don't plan to ring any more this year, I've made annual report.

Not a bad year, with only 2 Passerines :)

I'd like to thank all who help me with this!

Yesterday evening I got really happy when I got an e-mail from Michal Polakowski. At first I was thinking that it was BHG recovery and then I realized it's a Comon Gull :) 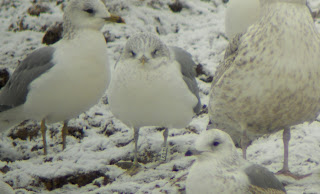 It is the most northern recovery of canus ringed in Croatia. Hope there will be more of them as I was very frustrated because in these last more than ten years I'm watching gulls on Jakuševec I didn't found any ringed Common Gull..

Btw I have more than 150 recoveries of BHGs in last two months :)
When I have some more time I'll put some of them on line.

Today we were at Jakusevec at 730 and first wanted to see where the gulls are landing and feeding so that we don't miss the catching spot..

After some 20 minutes we agreed with guys on the tip about the spot. It took us some 40 minutes to set the net.. 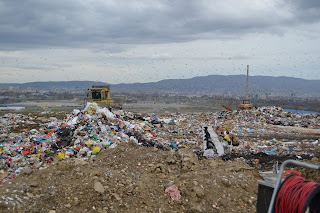 It was that good compactor driver today so everything was promising.. We found out that his name is Luka :)
So Luka again did very good job with compactor. The gulls started to arrive.. but it just wasn't  enough.. and then after some time we decided to fire.. 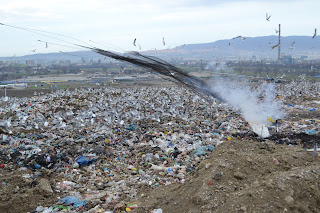 It looked much better than it was.. Only 25 birds..23 YLG and 2 BHGs..
While we ringed them promptly, Zec and Boris  reset the net.. We were waiting for new catch.. I asked Višnja to ask Luka (compactor) to give as some fresh  rubbish and she did. plus she was driving with him.. 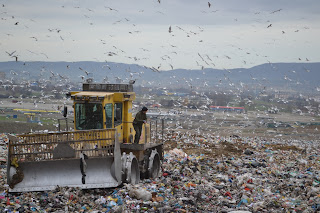 After that we had few half chances for catch but didn't fire.. After 10 a big rush started at the tip and no one could help us with compactor and gulls were everywhere but in the catching area :(  Situation was like that until 12 when trucks stopped coming.. After that gulls went from the tip to rest on the ground just in front of the tip... There were no gulls at the tip at all. Guys from the tip told us to put the net in the middle of the place where they were putting new rubbish whole day.. We listened  and moved the net... After setting we waited for more than half an hour and decided to leave as nothing was happening.. Gulls were resting and didn't seem interested in coming back... After putting all the parts in the car something strange happened.. Check the photos.. 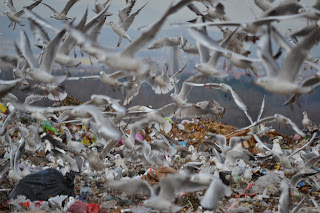 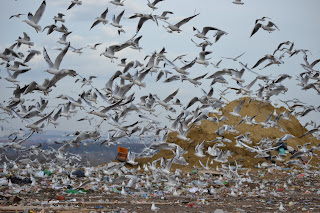 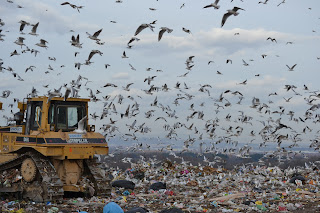 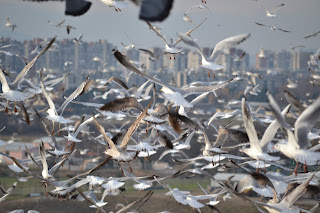 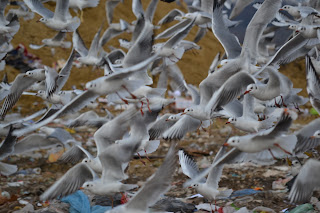 I think we'll start to catch on Sundays when there are no trucks at the tip and attract gulls with bread and salami...

And at the end, one interesting gull 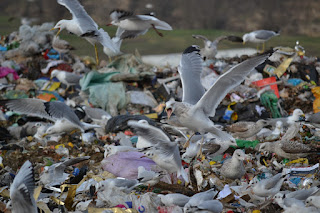 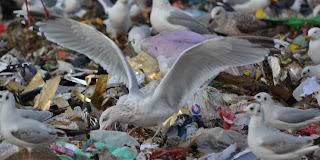 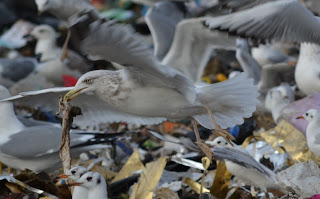 
It should be yellowish legged Herrring Gull...Thanx Gabor and Paul.