The weekend started great! On Friday I went to check if everything is ok with our arrival on Sunday and check if there are enough gulls on the tip. I was there for hour and a half and managed to read more than 30 rings :) Highliht was Hiddensee BHG. My very first!! Funny thing is that I didn't manage to read the first character on black ring so I couldn't determine the project it belongs to. Luckily I read a part of metal ring so I sent an email to cr-birding group and after less than half an hour I got an answer that it's black XT11 ringed in Saxonia in July 2012. Beside it I read around 20 of mine BHGs, 8 Croatian michahellis, and 4 Polish cach crings and part of one metal. My biggest problem was that compactor driver told us to come at 6 am on Sunday :( 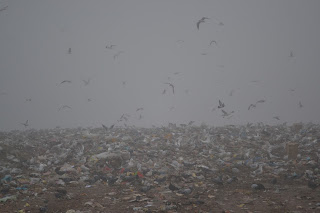 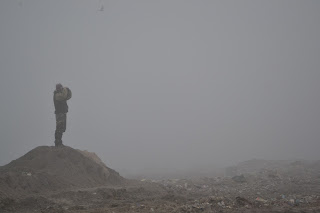 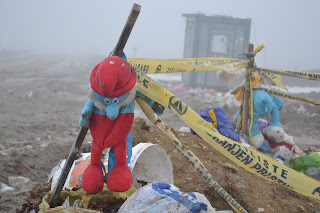 It was really nice working with them. They are trying everything to help you, except I couldn't agree with guy on compactor what we need from him :(

First catch was really poor.. around 15 birds.. :( After fast extraction I went ringing with Lori and others were resetting the net for the new catch. Also Kruno and Budimir were putting bread in the middle of catching area to attract more BHGs..

I was almost finished with processing birds when the net was ready and gulls started coming so I went to car , checked the circuit and wait..Lots of BHGs started landing in the catching area but i couldn't get the clear window to take a catch... And then finally safe zone was clear and I had a window :).  It was one of the best shots we had ever!!! more than 140 birds!!!! Team played great and we emptied the net very quickly. After that we decided not to take any more catches because of lack of people who could help me ring and lot's of mud around. 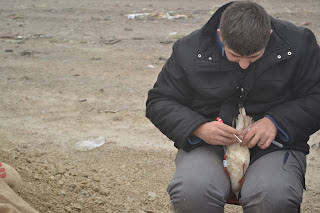 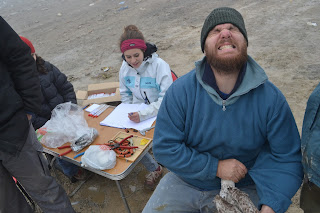 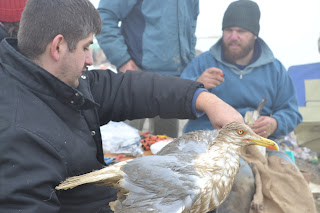 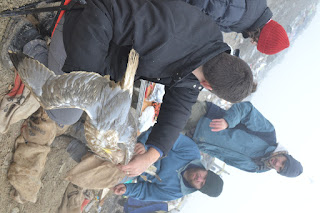 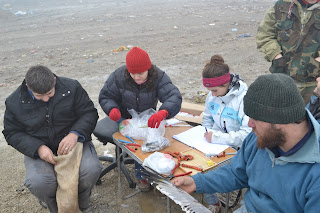 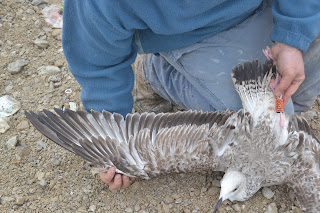 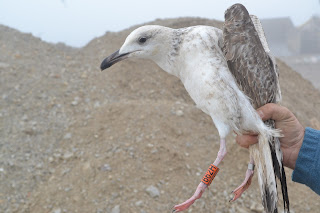 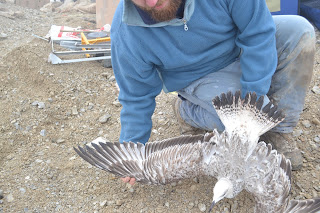 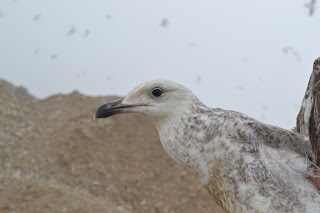 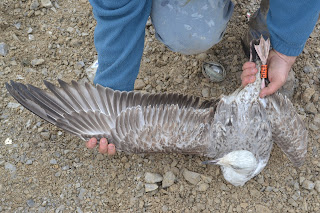 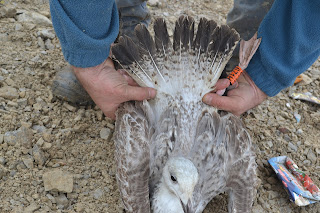 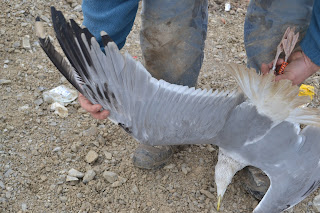 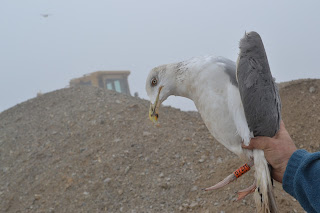 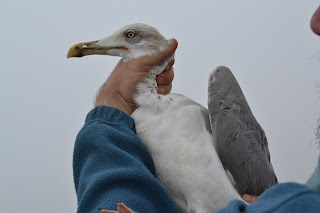 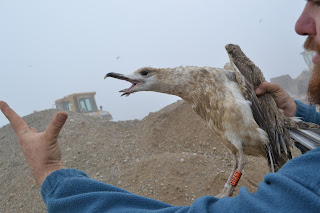 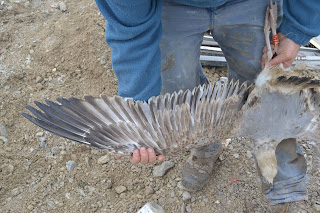 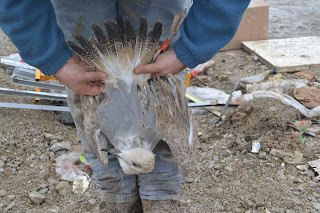 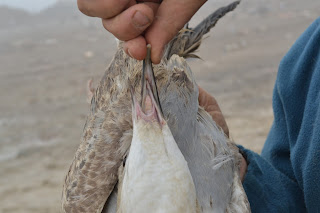 And at the end , when I came home I got an email from Bill Brooking that he found one of my BHGs in  Cleethorpes, England :) Second ever in UK :)
Objavio Luka at 06:38