It was one of the best and one of the worst cannon netting session on Jakuševec in history! All in one:) 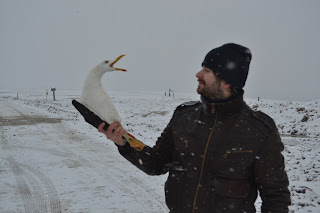 It is the very second ever for Croatia!! But let's start from the beginning..

It was suppose to snow a little between 8 and 10 and then it should be without snow..
I got out of my home at 7 15 and it just started to snow a bit. Until we got to the tip everything was white already and it didn't looked as it's going to stop.. We managed to climb the rubbish hill and the guys were already removing the rubbish so I tought we'll start earlier than last time..

Did I mention we ringed LBBG? 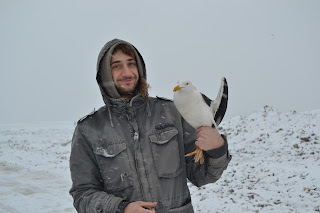 The guy on the bulldozer told us that he will be over with everything in 20, max 30 minutes.. The problem is that we heard that last time and we couldn't start untill 11 30.. But this time it was different. He really gave us one load  and we set the net in front of it. Then the compactor came and did perfect job.. We had lots of gull in the catching area but they were still coming and it looked  as it will be great  big catch..few seconds later Zec told me that there is LBBG in the catching area. I was waiting for the first cleen window to make a catch. And we caught the dark bastard!!!! 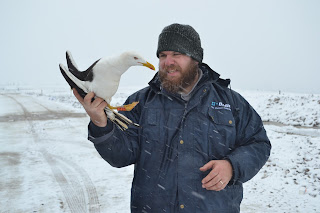 It was very fast extraction considering it was really unexperienced team..
It looked as "almost a hundred" catch. Not bad if you have fuscus in it :)

Real trouble started with processing the birds. We decided not to take another catch because of the birds' safety.. Half of us started proccesing the birds and others were putting equipment in the car .
It was horrible!! Everything was wet. We couldn't find anything on the table because snow was covering it..
We wanted to ring all the birds as quickly as possible and go somewhere warm.. 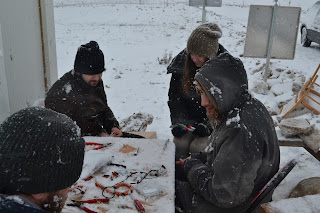 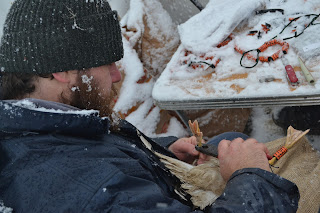 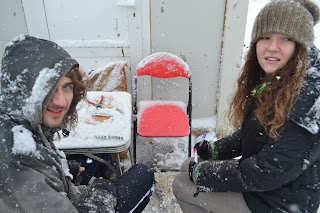 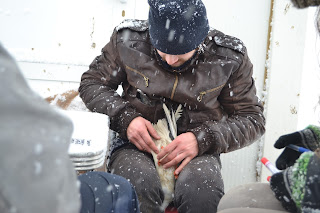 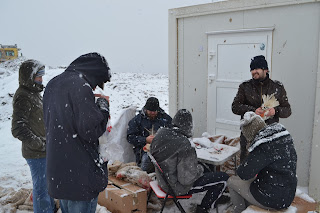 Basrek was ringing small gulls and I was ringing big ones. It was becoming better and better.
First I ringed the LBBG! (is this dark enough for Baltic?) 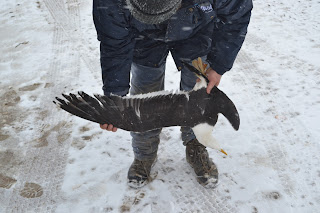 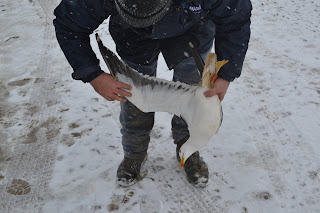 Few birds later I took adult Caspian from the sack: 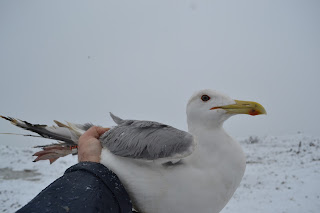 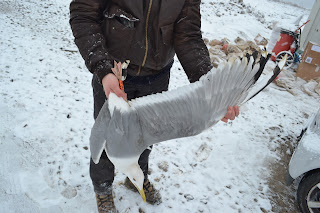 Just when I thought it couldn't get better I got this from the sack:) 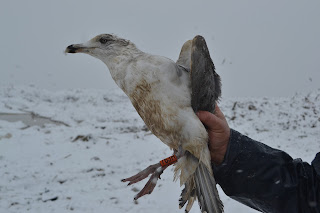 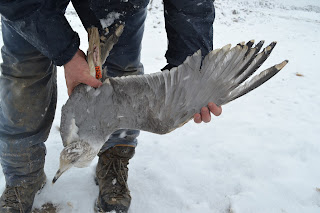 It was really good catch!  4 species of big gulls in one catch:)
Final score is 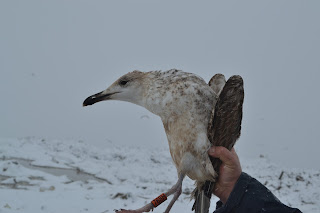 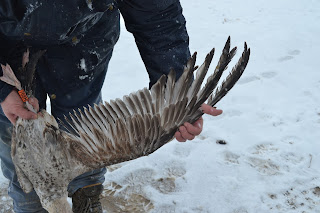 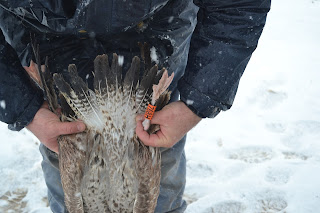 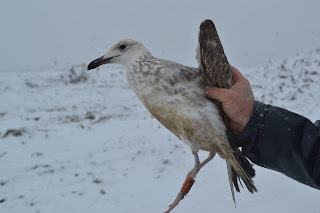 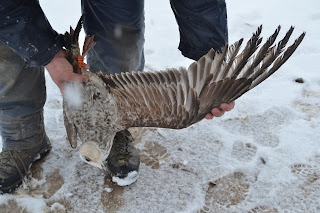 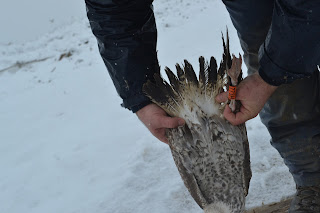 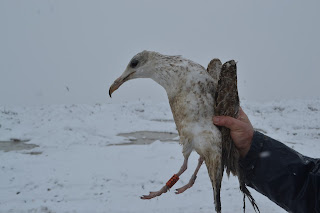 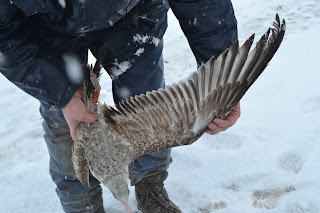 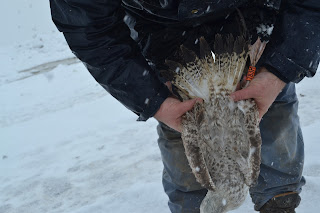