What a great weekend!!! 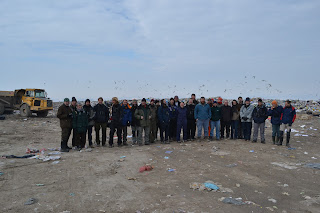 It started very shy on Thursday with only two slide shows. It started for real on Friday morning. It was much easier to me after I held my talk :) It was a really crowded day with 12 talks. 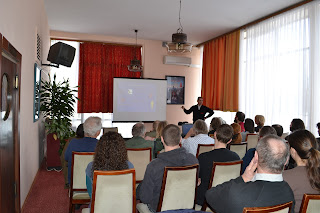 Saturday was nice. We got to Jakuševec at 8 o clock and then I realized I'm in trouble :) 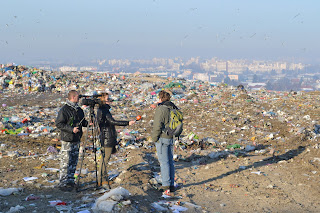 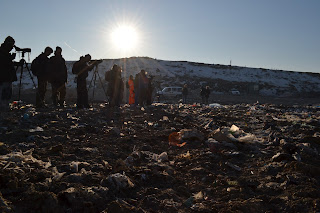 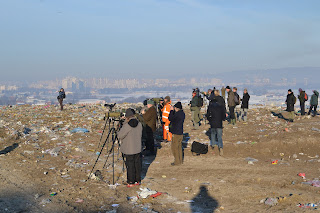 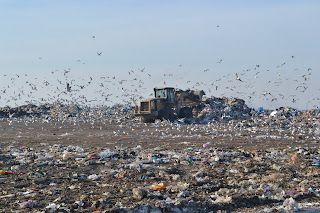 There were milions of gulls with rings:) I think that in those 4 hours participants of IGM read at least 200 rings. It's gonna be lot's of work putting it all in computer .. Just before the lunch Dutch guys with Albert and Chris discovered an adult Heuglin's Gull :)
Saturday was reserved for ringing talks and it ended with traditional Croatian dinner. 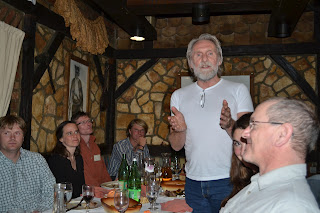 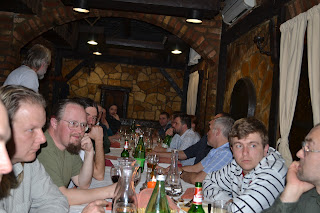 The big day was Sunday!
It didn't start that well as for first 3 hours we couldn't make any catch. It way past 11 when we decided to take a shot at 3 Caspians. Paul was behind the trigger as I was a bit tensed about the organization and all.. It was a catch of 11 birds but 2 Caspians were cought :)

While we were processing the birds, Zec and Kruno reset the net and we were soon ready for the next one..

It didn't take long for gulls to come again and decent numbers of big gulls was in the catching area. And then came the star of the day... Adult fuscus was getting into the catching area. After some safety problems Paul took the catch and we got first ever LBBG for Croatia!!!! 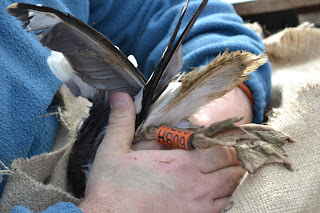 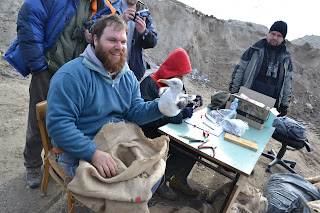 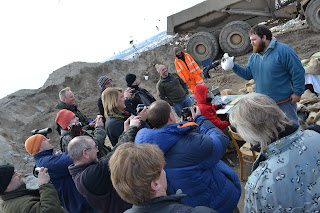 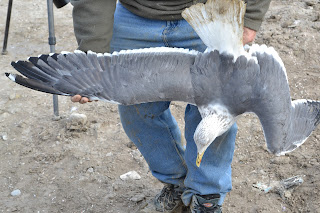 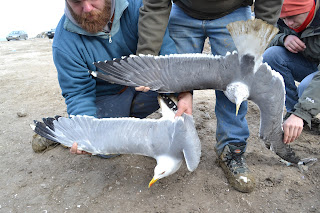 After all the trouble it was one of the greatest day at rubbish tip ever!!

I would like to thank all the people for the wonderful time we had! 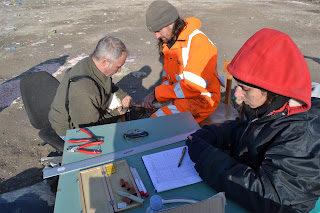 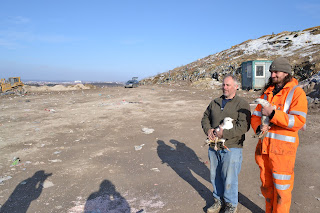 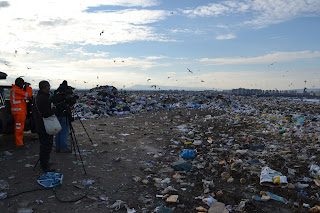 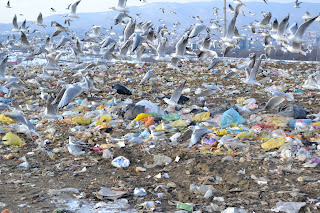 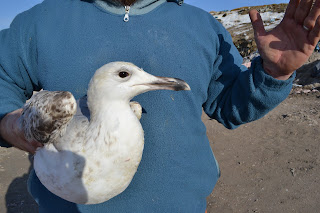 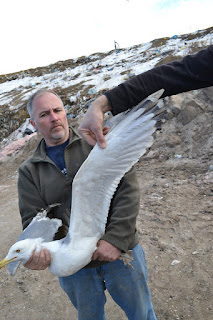 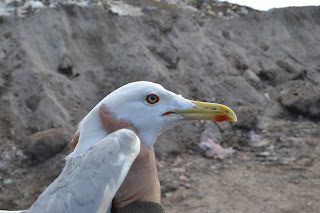 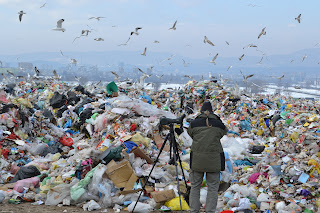