I think I was one of very few people in Croatia that was happy with this weather! Ok maybe few people from ringing group..

Nice catch around 120 birds. Even more fun was 9 Common Gulls :) It was the same number as last year on Totovec :) 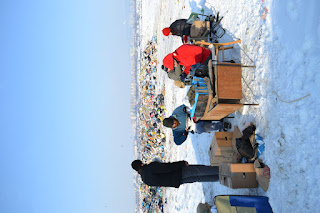 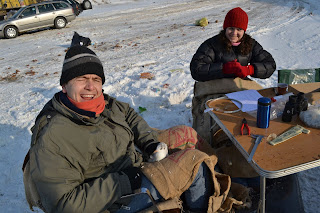 There were 2 interesting canus in this catch 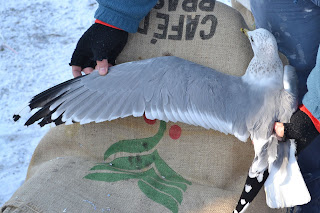 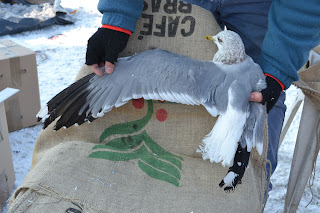 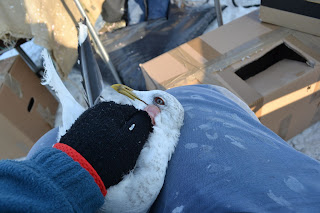 Also in this round we had our first Polish BHG for this year :) Bird from last year with only metal (FN 92.753). We added color ring :) 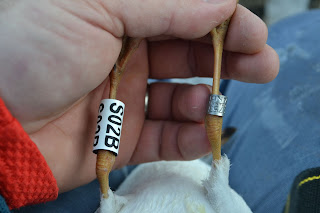 It was around 11 when we were over with first catch so we decided to take one more.

Gulls were not that tame as the first time but did settled after some 20 minutes and we took another one.. again nice catch around 120 birds with few canuses:)

While we were ringing Zec and Kruno were putting equipement in the car. After they were over Zec went around trying to read some rings.. After some time I asked him was there any and he said just two of Croatian yellow rings. One was starting with 2L3C and is probably cach from Lithuania and another was  PHPU so it was Polish , the question is where it was used:) .

So everything was over at 1400 and totals are :