During last weekend Ivan, Zec, Vedran and I went ringing tubenoses around island of Lastovo. 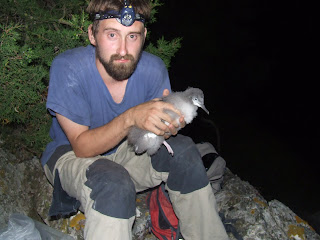 On the first colony we ringed 25 new Yelkouans, what is a small number compering it with last years more than 50 :(

We think that the rats did a great damage  to colonies this year. 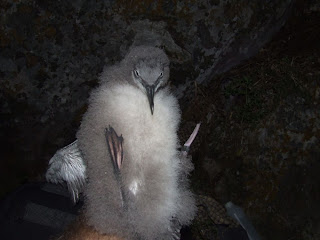 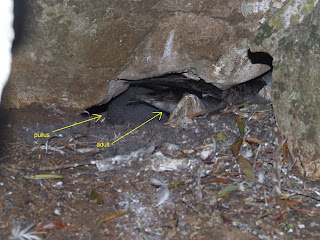 Three Yelkouans had rings from last year and are very first Yelkouans found with croatian ring :) All were ringed at the same place last year as adults.
Last year we estimated this colony to have 60-80 breeding pairs of Yelkouan Shearwater and ringed  42 adult birds. This year we caught 18 adult birds and only 3 had rings from last year.. It will be interesting to see in next years how many of ringed birds will we catch .. 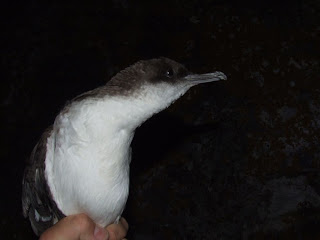 On the other colony we found many holes that were used this year but not a single Yelkouan :(
We only found few Scopoli's but we didn't want to remove bird's from eggs while incubating so we only caught one with ring that just landed on the coast. It's the first ever recovery of Scopoli's Shearwater ringed with Croatian ring :) It was ringed on the same island last year. 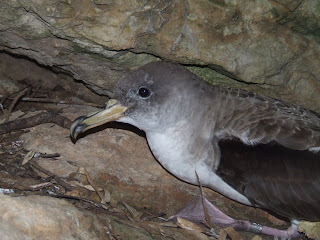